Ahead of the release of ‘The Martian‘ starring Matt Damon, let’s have a look at the top picks from a legendary genre: the best space movies of all time!

It’s not renowned as a classic of the genre, but Pixar’s WALL-E is certainly one of the most beautiful animated depictions of outer space.

Set in a distant future when Earth has become uninhabitable and humans have retreated to a luxury lifestyle on huge space cruise ships, the film tells the story of the cute trash collecting robot, WALL-E, and his passionate romance with a futuristic droid named EVE, and is one of the most delightful movie experiences of the century by far.

And what’s best is that the wonderful story is all set against a jaw-dropping celestial background, with EVE and WALL-E’s iconic free flight in space the absolute highlight of the movie.

Alfonso Cuarón’s intense thriller ‘Gravity‘ is renowned for doing something that no other film has managed so well: making outer space feel so painfully claustrophobic.

The film itself is a fairly bog-standard action ride, but it still deserves credit for its astonishing visual effects that won it seven Oscars, with amazing 360-degree views of the Earth’s orbit, head-spinning action sequences, tough sequences of claustrophobia and wonderfully serene depictions of the empty landscape as a whole.

If you’re looking for one of the most incredible visual experiences of all time, then I implore you to watch Gravity.

Steven Spielberg’s iconic space drama: ‘Close Encounters Of The Third Kind‘ is an all-time classic of the genre that wows with amazing visuals and unnerving foreshadowing of the arrival of aliens from outer space.

It’s not necessarily the most intensely thrilling sci-fi you’ll ever see, but the brilliantly desperate central performance by Richard Dreyfuss is fantastic, as is the catchy and hugely worrying score that accompanies the final act.

Even for 1977, many of the visuals still hold up perfectly well today, and there are just so many incredibly iconic images from this film that make it a simple must for any space movie fans.

A parody of 80s sci-fi TV shows, ‘Galaxy Quest’ is unexpectedly one of the funniest comedies you’ll ever see, as well as one of the coolest space movies.

Thanks to hilariously energetic performances from the likes of Sigourney Weaver, Tim Allen and Alan Rickman, you won’t be able to get through this without wetting yourself laughing. However, if you’re a fan of a good space adventure, you won’t be disappointed either.

Pitted against a formidable enemy, three unsuspecting actors are thrown in the deep end as they have to fight with a group of aliens whose spaceship has been designed based on their show to prevent the genocide of an entire race, making for thrills and spills right the way through.

Probably one of the most beloved films of the 21st Century, Marvel’s ‘Guardians Of The Galaxy‘ has proved an incredible hit with hardcore sci-fi fans and audiences alike.

Not since the first Star Wars has a film managed to make such a fun and action-packed outer space adventure, in fact, this is at times almost a carbon copy of Star Wars if you watch it, however it’s still a brilliantly entertaining watch, with fantastic visuals of planets, star belts, and spaceships, as well as a fantastic 70s soundtrack to up the fun factor of it all.

Tom Hanks stars in Ron Howard’s tribute to the infamous NASA mission, Apollo 13, where three astronauts, during a trip to the Moon that goes awry, must get back to Earth safely despite huge obstacles.

This is a film that’s both good for those who want an interesting, emotional and more realistic, non sci-fi, space story, and it tells it very well, however it’s also a visually amazing watch, with epic shots of outer space as well as the iconic ship on its doomed voyage.

It’s an iconic film that has spawned the classic quote: ‘Houston, we have a problem’, and one that needs to be watched by all space aficionados.

In around half a century, there has never been a film that gives such an epic portrayal of outer space like Interstellar.

It’s probably the greatest example of what modern special effects can do of all time, as it provides stunning planets and space backdrops as the setting for what is still a hugely intriguing and intensely thrilling film.

Following a mechanic who is forced to abandon his family on a dying Earth and go in search of a new home planet for humanity, Christopher Nolan’s Interstellar is by far one of the most encapsulating space adventures you’ll ever see, as well as one of the most confusingly fascinating.

Okay, so it’s more of a haunted house thriller than your typical space movie, but Ridley Scott’s classic sci-fi horror ‘Alien‘ is one of the most incredible movie experiences of all time.

Set on a small ship in the far reaches of the galaxy, Alien follows Ripley, a spirited woman on board, as she attempts to escape a deadly menace that has secretly boarded the craft, and is beginning to pick off each of the crew one by one.

It’s an iconic film, and definitely one of the scariest you’ll ever see, featuring a hugely unpredictable story and brilliant directing that make this so suspenseful, as well as an incredibly designed villain that looks like it’s from present day instead of 1979.

The whole of the original trilogy is brilliant, but there’s no space adventure quite like the very first Star Wars.

Featuring never-before-seen technical achievements and one of the most imaginative and epic stories ever seen on screen, George Lucas’ iconic classic is the epitome of why people love the outer space genre.

In a sort of Cowboys versus Indians way, the battle between the Rebels and the evil Empire is a hugely entertaining one, complete with brilliant performances by the likes of Mark Hamill, Carrie Fisher and Harrison Ford, as well as some of the most recognisable scenes, images, quotes and characters. 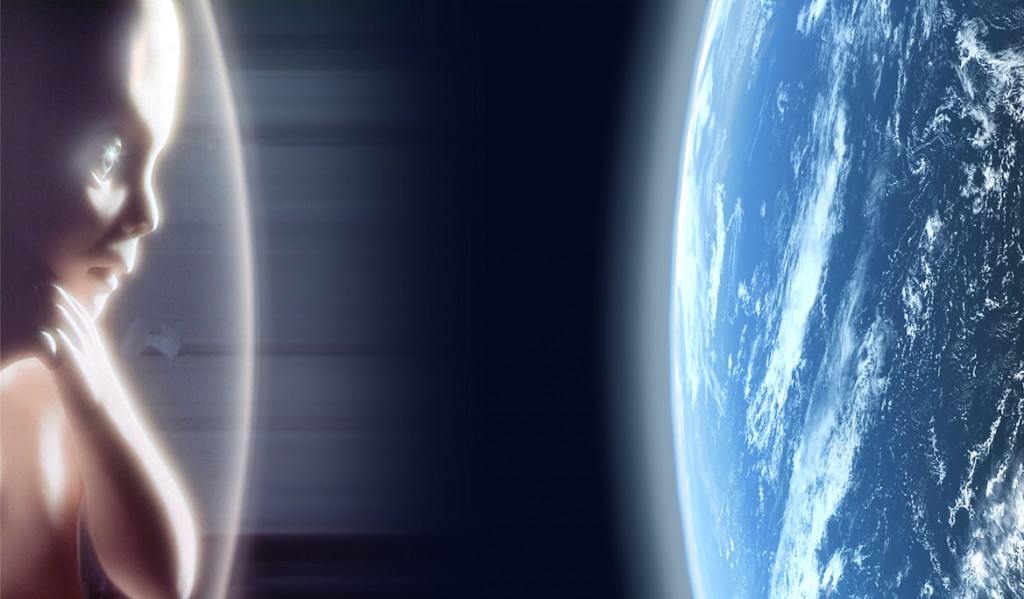 And here it is, the ultimate space movie: ‘2001: A Space Odyssey‘. Stanley Kubrick’s legendary arthouse production is probably the most spectacular and groundbreaking film of all time.

The film itself is criticised for being pretentious and painfully dull, but it’s a three-hour epic that rewards hard concentration and thought as you follow the epic journey of human evolution across all of time and space.

Accompanied by the iconic score of ‘Also sprach Zarathustra’, which, thanks to 2001, is now the official definition of outer space, and helmed by one of the most amazing directors of all time, this film still holds up today as the ultimate space adventure.

Never before and not since has there been a movie that has such a mind-blowing visual and spiritual portrayal of the outer reaches of space, and never again will there be something that is quite so original and astonishing to watch in film, making this by far the best space movie of all time.