On Halloween, many a movie nerd will be looking back through the classic genre of horror to celebrate. So, here’s my list of the top 10 best horror movies of all time!

Halloween, cited as one of the earliest examples of modern slasher horror, is not only a fantastically frightening film to watch, but also a very intelligent and well-crafted one.

Centring around an escaped psychopath who stalks a group of high schoolers, Halloween doesn’t rely heavily on gore and upfront violence like so many failed horrors do nowadays. Instead, with the use of skilled direction, an unnerving score and impressive performances, it only suggests everything that’s going on, making the unknown all the more scary.

In reality, Scream can be seen as more of a comedy than a genuine horror film, but that’s why it is so iconic.

From that brilliant opening scene that has since become a symbol of modern horror, the film blends unpredictable mystery and violence with a satirical and more light-hearted tone that makes for a much more entertaining viewing than most horrors.

Yes, there is still a lot of blood and guts in this one, but the uniqueness of Scream’s premise, simultaneously sending up and paying tribute to the horror genre, is just massively impressive. 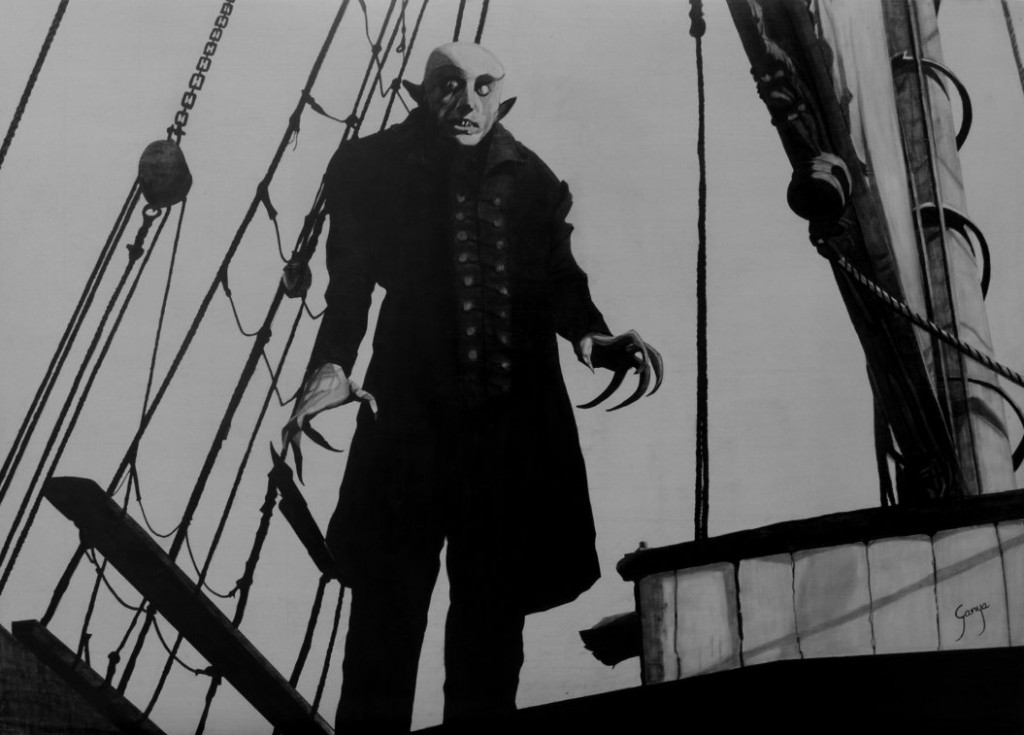 In the 1910s and 20s, German Expressionist horror became one of the most prevalent and acclaimed genres worldwide, and whilst many have since faded into obscurity, 1922’s Nosferatu still stands strong as a landmark of the genre.

It’s based on the classic tale of Dracula, but has arguably become the most celebrated adaptation. Taking away any more light-hearted tones that future adaptations have put in, Nosferatu is a very dark, and hugely eerie film from start to finish, thanks to F.W. Murnau’s artistic directing style and the performance by and amazing make-up on Max Schreck in the central role.

As an old film, it may be a bit of a challenge for most to watch, but at only 81 minutes long, and with a story that you already know the half of, it’s an interesting one to have a go with.

It’s not really an orthodox horror film, but there’s no disputing that American Psycho is a seriously messed-up movie, and that’s why it deserves its place on this list.

Following the story of a deranged New York businessman with a killing addiction, the film is both a fascinating character study as well as a disturbingly entertaining horror. The excessive nature of the violence is almost comical, and yet is still hugely unnerving, whilst Christian Bale’s performance is by far one of the most terrifying ever seen on screen.

It’s not for the faint-hearted, particularly if you really think about the deeper meanings and sub plots of this film, but it is a properly engrossing and oddly enjoyable movie.

The 1950s was another boom decade for the horror/sci-fi genre. In the wake of McCarthyism, The Red Scare and The Hollywood Ten, filmmakers were coming out with incessant productions that depicted the Communist threat as a terrifying, unknown menace.

And whilst most of those films don’t pack the same punch today, 1956’s Invasion Of The Body Snatchers remains legendary. A far more exhilarating and unpredictable film than any of its counterparts, you will definitely be left breathless by the end of this one.

It may not be massively frightening, but it is without a doubt one of the most unsettling, disturbing and still entertaining and thrilling films from this period.

One of only three films to ever win the ‘Big Five’ Oscars (Picture, Director, Actor, Actress, Screenplay), Silence Of The Lambs is regarded as an absolute landmark in horror cinema.

In fact, it was the first horror film to ever win Best Picture, and although it’s more of a psychologically tormenting piece, this is definitely one of the most disturbing and still fascinating films of all time.

Following a young FBI agent’s attempts to bring down a horrifying serial killer, the film features incredible performances by Jodie Foster and Anthony Hopkins in central roles, and provides some truly terrifying moments that aren’t like the supernatural horrors you’re used to nowadays, but more real, gritty and deeply depressing themes and emotions that will give you the shivers.

The Exorcist is another hugely significant film in the horror genre. An inspiration to key figures such as Stephen King, it broke boundaries to show things that people at the time never thought could be seen on the big screen.

Looking at the case of a possessed young girl and the breakdown it causes in her relationship with her mother, the film is again very unsettling, but also a fascinating study of religion and faith in the face of this demonic presence.

Some may find the practical effects used in the film a little dated, but that doesn’t escape the fact that if you think hard about this film, you will receive a heavy impact that you just didn’t see coming.

In Kubrick’s classic directing style, the film is a slow-moving and consistently tense affair, featuring unnerving set-pieces, scares and music right from the off. Centring around a family of three acting as caretakers in a vast resort hotel in the isolated mountains and a father who begins to lose his mind, the film is simply sublime in every way.

Jack Nicholson, Shelley Duvall and Danny Lloyd all give fantastic performances, whilst the story unfolds in an incredible way. You really feel trapped in this hotel with these characters, of course increasing the scare level tenfold, as well as hugely disturbed by the man losing his mind, making it one of the most effective psychological horror films of all time.

Alien is officially a sci-fi movie, as it’s set on a spaceship in the far reaches of the galaxy, but, in reality, is arguably the greatest haunted house film of all time.

Sigourney Weaver plays Ripley, an officer working on a team that has been sent out on a space exploration mission, however after it is discovered that a murderous alien has boarded the ship, she desperately searches for a way to survive.

Ridley Scott’s creation of this world is astonishing, making the spaceship a painfully claustrophobic setting, whilst Sigourney Weaver is stunning in the main role, and gives you a brilliant character to fear for in this life-or-death situation, making it a hugely thrilling and massively unpredictable film right the way through.

It’s one of the most iconic films of all time, a movie that itself completely redefined, and to this day defines, the horror genre, Alfred Hitchcock’s Psycho is a complete and utter masterpiece.

Never has there been a film that broke more boundaries than Psycho, as it went completely beyond the norms of what was acceptable with regards to nudity and violence, and came out the other side a legend.

Featuring astonishing directing by the master of suspense himself, the film is an incessantly exhilarating watch, full of totally unpredictable twists and turns throughout, and some of the most iconic moments in cinematic history.

Psycho isn’t just a great horror film, it’s simply an amazing movie, and, being made on such a low budget with such low studio support, is a shining beacon of how incredible pure cinematic art can be.