It’s Halloween time again, but rather than digging out Scary Movie and Paranormal Activity for the umpteenth year in a row, why not try something from overseas? Here are some options for you: the top 10 best foreign horror movies of the decade (2010s). 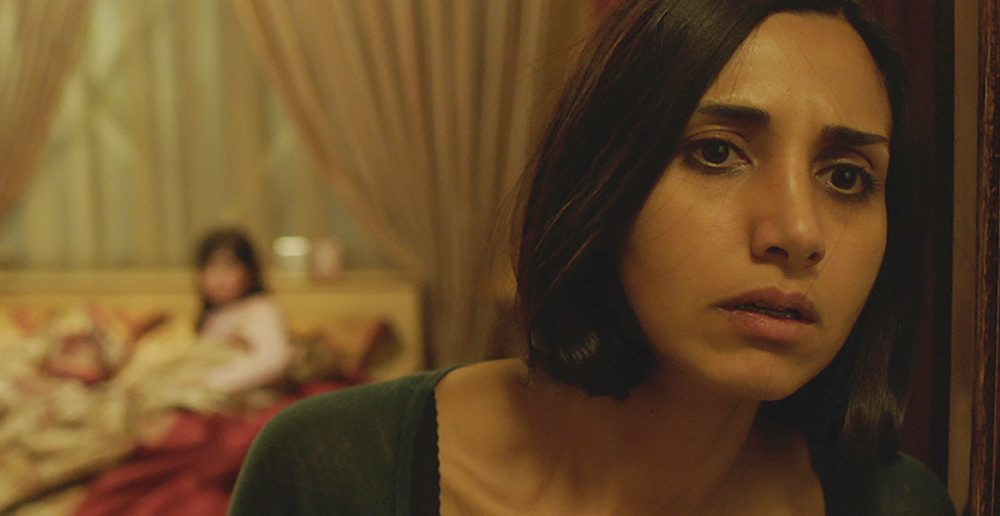 Although a British film, the deeply unsettling Persian-language horror-thriller Under The Shadow undoubtedly deserves a mention on this list.

Set in Tehran during the 1980s, the film follows a woman and her daughter as they find their apartment surrounded by shelling from Iraqi forces, while dark forces begin to grow within the flat.

Much like the equally-acclaimed Australian thriller The Babadook, Under The Shadow takes a real-world situation and twists it ingeniously to work in a horror context, achieving immensely unnerving tension throughout, all the while featuring a riveting commentary on political oppression in Iran at the time. It’s a very intelligent and well-directed film, also featuring a fantastic lead performance from Narges Rashidi, and as such makes for an impressive watch throughout.

Now, bear with me on this one, because although the French-language comedy-horror The Mansion at first seems like another generic teen haunted house flick, it’s actually a film that takes that cliché and makes it work far better than most Hollywood movies are ever able to do.

Its humour is a little crass throughout, but what beats beneath some of the Scary Movie vibes is a real energy and passion for the haunted house story, working both as a brilliantly funny parody of all the genre’s clichés, while also growing into an equally thrilling and exciting piece in its own right.

As a result, it’s a hugely entertaining movie that you can sit down with friends and laugh all night at, but it works just as well if you want a few good thrills and scares that many Hollywood movies fail to create year in, year out.

Ana Lily Amirpour’s striking Persian-languge horror-thriller caused a stir around the world upon its release back in 2014, and it’s retained a strong cult status to this day.

Following the story of a vampire with the appearance of a teenage girl, the movie is a deeply unsettling affair throughout, using deathly silence, patient pacing and striking black-and-white cinematography to craft incredible tension right from the first moment.

Although its final act may not end the film in stunning fashion, A Girl Walks Home Alone At Night is a film that will undoubtedly unsettle you to your core. It is a US-produced film, but it offers a different perspective on the typical vampire horror, all the while featuring a subtle yet powerful social subtext that makes for riveting watching. 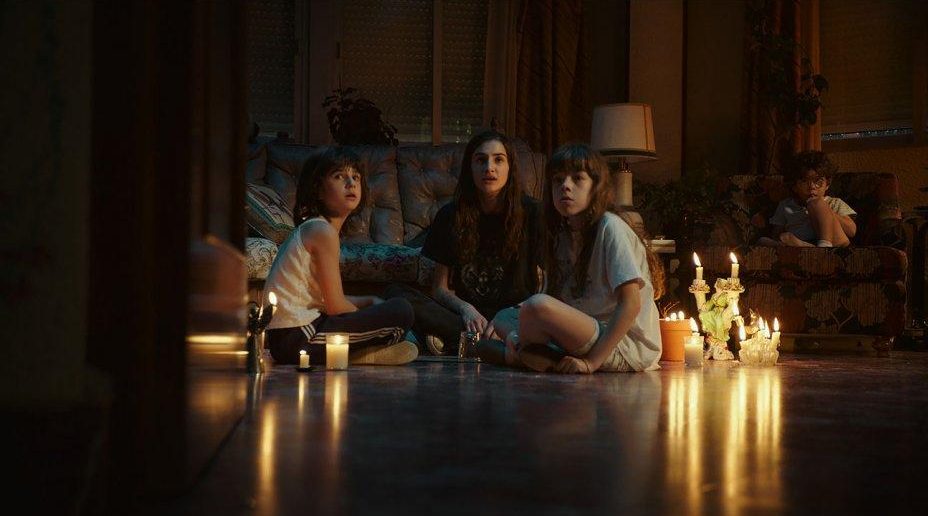 Although Netflix’s assertion of Spain’s Verónica as the ‘scariest movie ever made’ was a little over the top, director Paco Plaza’s supernatural horror is still fully worth the watch.

Inspired by a true story, the film details the gradual decline of a high school girl into insanity as dark forces surround her after a Ouija game gone wrong. Heavily pushing an urban legend-esque atmosphere, Verónica is a decidedly creepy affair throughout, with some intense pacing and an insane final act that makes for a very entertaining watch.

It’s not the world’s scariest movie by any means, but it has the tension and darkness that makes the best supernatural horrors work, and with striking directing and visuals throughout, it proves thoroughly exciting right the way through.

Centring on the story of a young woman who spends her days locked up in her home, Chanthaly is a film that has far more depth and intelligence than you could ever imagine at first glance. Ingeniously building tension, suspicion and unpredictability during its patient first act, the film explodes into life halfway through with a stunningly original turn of fate.

It is a slow, quiet film, but Chanthaly proves an incredibly rewarding watch, opening up more and more layers of intrigue as it moves along, all in a genuine and authentic vein that you very rarely see from the horror genre nowadays.

(And the full film’s on YouTube for free! Check it out here!)

Talk about a truly psychotic and nightmarish movie, legendary cult director Sion Sono’s Tag is pretty much as insane as horror cinema can get.

With a bizarre and largely nonsensical story, the film follows a schoolgirl desperately trying to survive as all those around her find themselves randomly and brutally murdered, fully pushing the boat out as far as over-the-top gore is concerned, while even taking its story to strangely psychological depths, even taking inspiration from the likes of Mulholland Drive with some of its twists.

Featuring what has to be the decade’s most striking, hilarious and terrifying opening scene, Tag is an absolute riot throuhgout, with an insane and crazy story that proves immensely entertaining, but still with enough uneasy and psychotic horror to make things just as scary throughout.

As pure a dark comedy as can be, Álex de la Iglesia’s rapid-fire thriller The Bar is without a doubt one of the most entertaining horror movies of the decade.

The director of many a dark comedy in the past, de la Iglesia unleashes hell on a group of patrons who find themselves stuck in a central Madrid bar when a shooter kills passers-by just outside the door. As they become more and more claustrophobic and anxious, tensions rise, and the bar soon becomes the setting for a brutal battle for survival.

Filled to the brim with great humour, The Bar is a hugely entertaining watch from beginning to end, furthered by its relentlessly rapid pacing that builds an enormous tension and unpredictability into the story throughout, culminating in a jaw-droppingly exciting finale that neatly sums up just how much fun the whole movie is.

I’ve never been a fan of zombie movies, but Yeon Sang-ho’s stunning Train To Busan is one of the very few exceptions.

As simple a premise as possible, the film follows a group of people stuck on a train travelling from Seoul to Busan, while the world around them falls victim to a zombie apocalypse. When they realise they can’t stay safe on board forever, sacrifices and decisions have to be made.

Directed with incredible pace and energy at every moment, Train To Busan is the very definition of a non-stop thrill ride, complete with stunning action sequences and genuinely frightening chase sequences throughout. In that, it’s a hugely entertaining movie, but it goes further than just that, bringing a deeply powerful emotional core to proceedings as it focuses on the nature of family, sacrifice and so much more, brought to light brilliantly by the small but brilliant cast.

There are few films that have unsettled and disturbed me quite so much as Pedro Almodóvar’s exceptional Hitchcockean thriller The Skin I Live In.

Starring Antonio Banderas a brilliant but troubled plastic surgeon, the movie follows his efforts to create a new synthetic skin that will protect humans from burns and cuts, all the while aiming to settle a score with the demons of his past.

Directed with such elegance and style throughout (as only Almodóvar can do), The Skin I Live In is a terrifying and deeply disturbing thriller that you cannot take your eyes off for one second. Going to lengths of horror that are almost unimaginable at first, the film has so much unpredictability and tension in every scene that it proves an exhausting and equally harrowing watch, but one that will take you on an emotional rollercoaster that will stay with you for a very, very long time.

And if you thought The Skin I Live In was unsettling, then just wait until you see Severin Fiala and Veronika Franz’s unspeakably disturbing thriller Goodnight Mommy.

Creepy children are a staple of good horror movies, but Goodnight Mommy takes it a step further, as we see two brothers become increasingly suspicious of their mother as she returns from an operation with a completely different personality, taking matters into their own hands when they realise she is someone they don’t recognise.

Apart from its deeply palpable tension and piercingly quiet atmosphere, the film’s most disturbing features come from its destruction of everything you thought you knew about family and love, as we see a small and innocent family unit completely ripped apart by suspicion, turning into a harrowing and deeply vicious battleground that just becomes more and more relentless with every moment. It’s not a fun film by any means, but for a one-time watch, it proves one of the most affecting and powerfully unsettling movies you’ll ever see, and that’s why it’s my pick for the best foreign horror movie of the 2010s.