In a year where so many have been feeling down in the dumps, it’s always good to turn to a good comedy to lift your spirits and make you laugh. So, if you want to watch a good comedy from the last year, this is the list for you: the top 10 best comedies of 2016.

Richard Linklater’s spiritual sequel to his cult hit Dazed And Confused might not be the biggest laugh-out-loud comedy of the year, but Everybody Wants Some is still a massively memorable and enjoyable watch.

Effortlessly stylish in its exceptional depiction of 1970s America, it’s a film that manages to turn a group of jocks, dumb and boisterous on the outside, into a fascinating and entertaining group of people to spend two hours with, all the while focusing on the trials and tribulations of a newcomer to the gang.

The film doesn’t try to be hugely funny, but there are still loads of laughs to come from the group’s brilliant banter, and, mixed in with a tender and emotional story about growing up, it’s an absolutely wonderful piece of cinema that I’m sure you will enjoy.

It’s my most unpopular opinion of the year, but I still can’t find a reason to dislike this year’s reboot of Ghostbusters.

I may not have grown up with the original, so this wasn’t trampling over anything incredibly beloved to me, however the whole remake element is completely irrelevant to the reason why I enjoyed this movie so much. From Paul Feig, director of Bridesmaids and Spy, Ghostbusters is simply a fantastically funny comedy, with excellent performances throughout that made me laugh from start to finish.

The film gets too much unfair criticism for how it adapts the original story, but if you look at it simply as a Paul Feig comedy, it’s so easy to have fun with this movie. With particularly funny turns from Kate McKinnon and Chris Hemsworth, I was in tears laughing at some of the jokes in this movie, and although it may not be a piece of cinematic brilliance, I’ve managed to keep enjoying it in the face of so much negativity towards the film, ever strengthening my love for a brilliantly entertaining comedy. 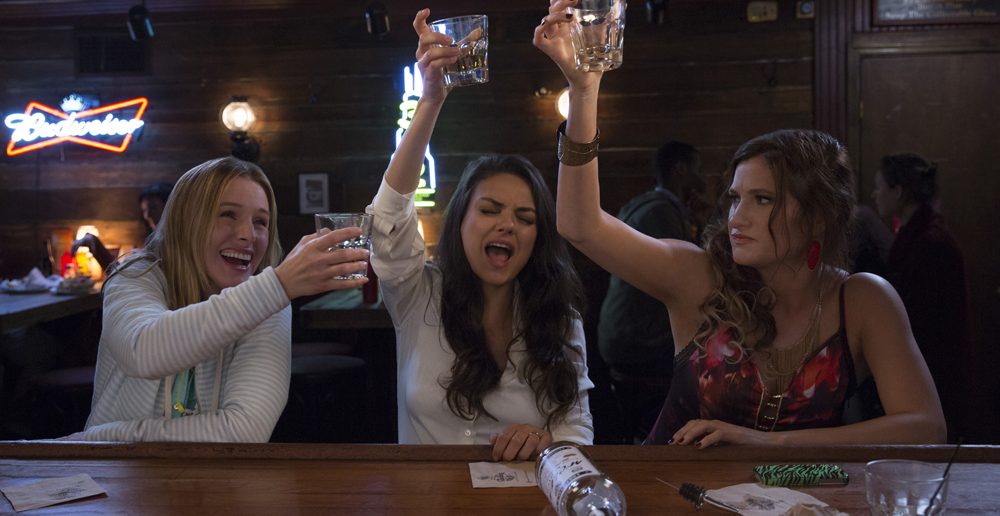 From the writers of The Hangover, I wasn’t expecting to enjoy Bad Moms as much as I did. However, it’s a brilliant exercise in taking a generic comedic formula and making it work absolutely perfectly.

With three hugely entertaining central performances from Mila Kunis, Kathryn Hahn and Kristen Bell, all of whom seem to be having huge fun in their roles, Bad Moms is full of laughs at every moment, mixing the excellent slapstick humour that made The Hangover so entertaining with brilliantly entertaining characters that play off one another amazingly.

But the one thing that makes Bad Moms even more than a simply hilarious comedy is its surprisingly effective message. Christina Applegate’s stuck-up and pushy PTA leader really got under my skin, but that made for a genuinely fascinating and even heartwarming story about letting kids be kids and not taking life too seriously, something that means I’ll definitely remember this film fondly.

7. Pride And Prejudice And Zombies

Pride And Prejudice And Zombies is a film that is heavily dependent on you approaching it with the right frame of mind. As a result, it’s not a perfect movie, but if you do go into with the right approach, it can be a brilliantly entertaining watch.

Having seen it twice now, I have to say that this movie is one of the most memorable of this entire year for me, simply because it took a concept that I so expected to fall flat and made it absolutely hilarious. Except for a disappointing final 15 minutes or so, the majority of this movie is an absolute riot, and is a brilliant parody on both the zombie genre and the Jane Austen classic.

It’s got excellent performances, fantastic action, and an all-round brilliantly silly sense of humour, going all-out again and again with some of the maddest and most entertaining gags you’ll see in a film this year, and although it’s not quite the horror movie that many wanted, all I can say is that it’s a really entertaining parody movie. 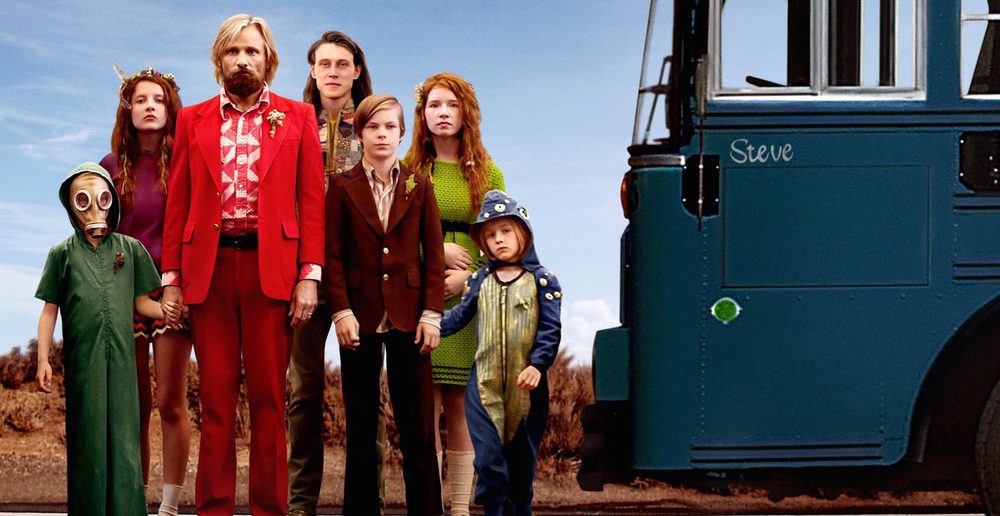 Captain Fantastic is easily one of the most unorthodox movies of the year, but it’s also surprisingly one of the funniest.

With a dark sense of humour that never lets up, the film is a massively entertaining watch, thanks mostly to the excellent central performance by Viggo Mortensen, who plays a man bringing up his six children in the wild, away from all of the consumerist and pampered ways of the modern world he despises.

Sure, you may not be laughing out loud all the time, although the kids’ reaction to the real world is particularly hilarious, but the film is as entertaining as its final act is emotionally intense. A comedy-drama in every sense of the word, Captain Fantastic is brilliantly original, wonderfully funny and simply fantastic.

Even though it came out over 10 months ago, the popularity of the smash hit Deadpool seems to be as strong as ever.

Notable initially for its ingenious marketing campaign, Deadpool defied all expectations and roped in nearly $800m worldwide, the highest-grossing R-rated movie of all time. With its distinct brand of meta-comedy, Ryan Reynolds’ passionate and energetic performance that even managed to break the sixteenth wall once in a while, and a raunchy sense of humour that mocked Hugh Jackman, Sinead O’Connor and everything in between, everybody seemed to love Deadpool.

Apart from being so brilliantly funny, there’s something very uplifting about watching Deadpool. It’s a movie that’s made with passion and love everywhere you look, and feels like somewhat of an underdog against the never-ending stream of comic book movies, and that’s exactly why you should check it out.

Absolutely adorable, full of heart, and as mad as you can imagine, Storks was one of the biggest surprises of the entire year for me.

On the outside, it may seem like any other kids’ movie with talking animals, but when you get into it, Storks is a relentlessly hilarious film that moves at breakneck speed and constantly throws countless brilliant jokes at you from start to finish. It’s got some amazing performances, and a simply wonderful energy about it that makes it an incredibly pleasant watch throughout, made even better by its hilarious comedy.

And it’s not only a side-splitting and zany comedy, because it’s got a beautiful and heartwarming final act that put the film miles above my expectations. Genuinely touching me in a way it had no right to, Storks was something more than just a crazy and funny kids’ film, and that’s what makes one of my favourites of the year.

Here’s a film that I really didn’t expect to see on this list. Upon first hearing there was going to be a movie about cult hero Olympian Eddie Edwards, I was expecting an utter mess, but what we ended up with was the exceptionally delightful Eddie The Eagle.

Crowd-pleasing, heartwarming and literally uplifting, I could go on and on about how this film never failed to put a smile on my face. It’s as cheesy as you’ll ever see from beginning to end, but it’s a film with so much heart and such a brilliant sense of humour that I cannot imagine anyone not falling completely in love with the movie.

Hugh Jackman and Taron Egerton are absolute dynamite in the lead roles, bringing the most bizarre moments of an incredible true story to life with glee, making for great laughs again and again and again, as well as providing you with a simply wonderful tale of a great British underdog.

Stylish, cool and endlessly funny, The Nice Guys was one of the highest-acclaimed comedies of the year, and for very good reason.

Apart from being an incredibly original film, you can clearly see the passion poured into it by writer/director Shane Black, bringing the old 70s cop comedy vibe to the big screen with a vengeance. It captures its time period exceptionally well, and is full of delightfully garish fashion, cars and wallpapers, but that’s all part of the brilliantly playful attitude Black gives the entire film.

At the centre of it all is Russell Crowe and Ryan Gosling, who work perfectly as your average inspector duo. Playing off one another so smoothly and making for some absolutely hilarious comedy along the way, the two are pretty flawless in the lead roles, whilst 14 year old Angourie Rice puts in one of the greatest child performances you’ll ever see.

The Nice Guys is a brilliantly entertaining film, full of hilarious humour and a fantastically crazy story that gets our main characters into all sorts of hijinks. It’s energetic, it’s stylish, and it’s hugely funny, making it without a doubt one of the best comedies of the year. 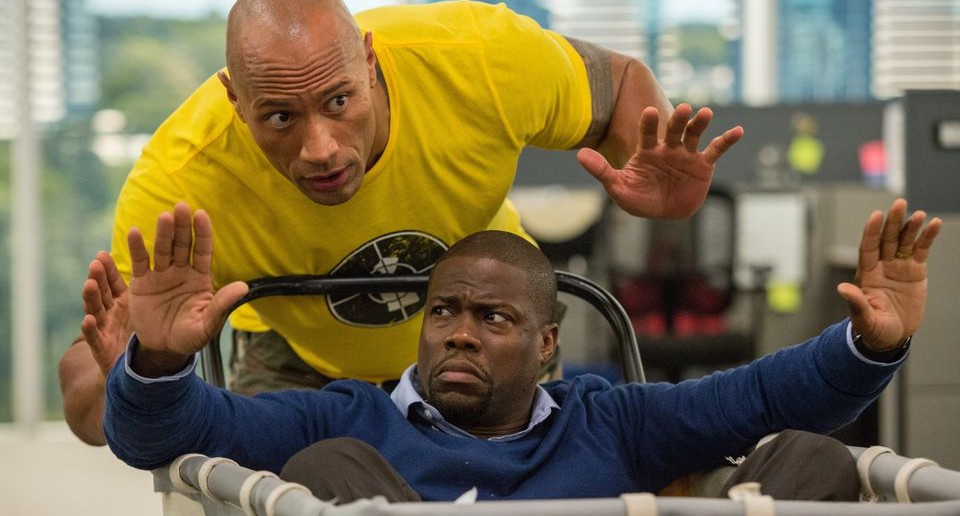 In the end, however, the film that tops the 10 best comedies of 2016 is the one that simply made me laugh the most: Central Intelligence.

Never having been a huge fan of Kevin Hart’s recent movies, and not yet having seen a great comedic performance from Dwayne Johnson, I was blown away by how funny this movie was. Mostly down to the hilarious chemistry between the two, Central Intelligence is the very definition of laugh-a-minute, even making Kevin Hart’s incessant screaming hugely entertaining, and never letting up right to the very end.

It’s a film full of ridiculous slapstick at every moment, but it actually manages to balance the comedy with a genuinely unpredictable and exciting crime story, as we follow Dwayne Johnson’s dubious CIA agent dragging Kevin Hart through hell in one of the most off-the-wall buddy comedies I’ve ever seen.

It’s a simple, light-hearted action comedy, but it’s a film that pulls out all the stops to keep you laughing and having a good time, and there’s frankly no substitute for a movie that does that so well, which is why Central Intelligence is my pick for the best comedy of 2016.