We’re just over a month away from what could be a record-breaking 89th Academy Awards. But what will be the films vying for those most coveted of little gold statues? Find out here with my 2017 Oscar nominations predictions (the feature film categories).

The Academy can nominate anywhere between five and ten films for Best Picture, so these are my picks for if they go for the full ten (which is unlikely given the past record).

For Best Picture, there are three 100% locks: La La Land, Moonlight and Manchester By The Sea. Of those three, any one can feasibly win the award come the night of the ceremony. Meanwhile, the likes of Hacksaw Ridge, Arrival and Lion are sitting pretty comfortably as likely nominees, but anything can happen.

Fighting it out for the last spots are the likes of audience favourite Hidden Figures, awards favourite Fences and Martin Scorsese’s Silence. Even Tom Ford’s Nocturnal Animals could steal a nod, whilst Hell Or High Water’s various nominations have kept it well in the conversation despite its late summer release.

Again, the three Best Picture locks should have locks for their directors too. Damien Chazelle is leading the race for La La Land, but both Barry Jenkins and Kenneth Lonergan aren’t out of the fight yet.

When it comes to the remaining two spots, however, it gets very interesting. Martin Scorsese is likely to be nominated for Silence, in part because the film is a passion project of his, and in part due to his body of work. Denis Villeneuve of Arrival and Mel Gibson of Hacksaw Ridge are good shouts for the final spot, but the Academy always throws a spanner in the works when it comes to Best Director.

So, I predict that Tom Ford will get a nod for his work on Nocturnal Animals. The brilliant film isn’t likely to get much love on the night, but we know the Academy love a stylish-looking film, and fashion designer Ford is the perfect candidate to satisfy that. It’s not a certainty, but it could happen.

In what looks to be one of the more predictable categories this year, Casey Affleck is a dead cert to be nominated for and probably win Best Actor. Having swept everything up to now, his nearest competitors, Denzel Washington and Ryan Gosling aren’t anywhere close at the moment to taking the momentum away from him.

Meanwhile, Andrew Garfield has been receiving constant praise for his turn in Hacksaw Ridge, although some have suggested he could get a nod for Silence instead (or as well), whilst Viggo Mortensen’s nods at the Globes and BAFTAs among other shows should put him in good stead to take the fifth space in the Best Actor race.

This category looked done and dusted a few weeks ago, but following Isabelle Huppert’s sensational win at the Golden Globes, the Best Actress race is wide open, with a heap of brilliant performances for the second year in a row.

Amy Adams (Arrival), Annette Bening (20th Century Women) and Emily Blunt (The Girl On The Train) will all have to fight over one space, whilst Meryl Streep will pick up her customary nomination for Florence Foster Jenkins. It’s not an Oscar-worthy performance, but the Academy loves her body of work and love to reward it. 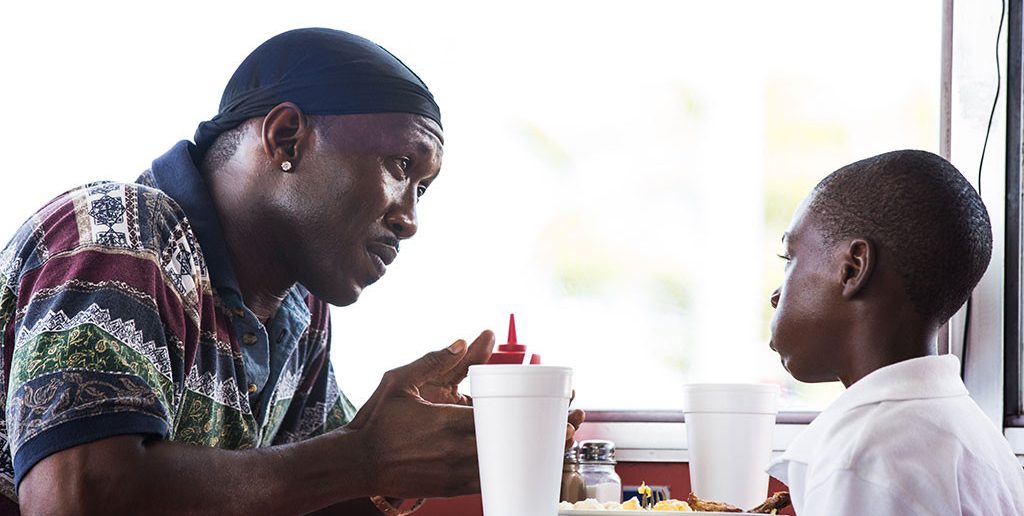 Mahershala Ali and Aaron Taylor-Johnson are locked in a tight battle for the ultimate prize, but both will easily be nominated for Best Supporting Actor.

Alongside them, Hugh Grant looks a safe bet for his turn in Florence Foster Jenkins, whilst Michael Shannon’s strong popularity will undoubtedly help him to nomination. The peculiar predicament of whether Dev Patel is leading or supporting in Lion continues, but he looks set on supporting, which should see him secure a nod. And to spice things up, Jeff Bridges is also waiting ready to take a spot for his turn in Hell Or High Water. 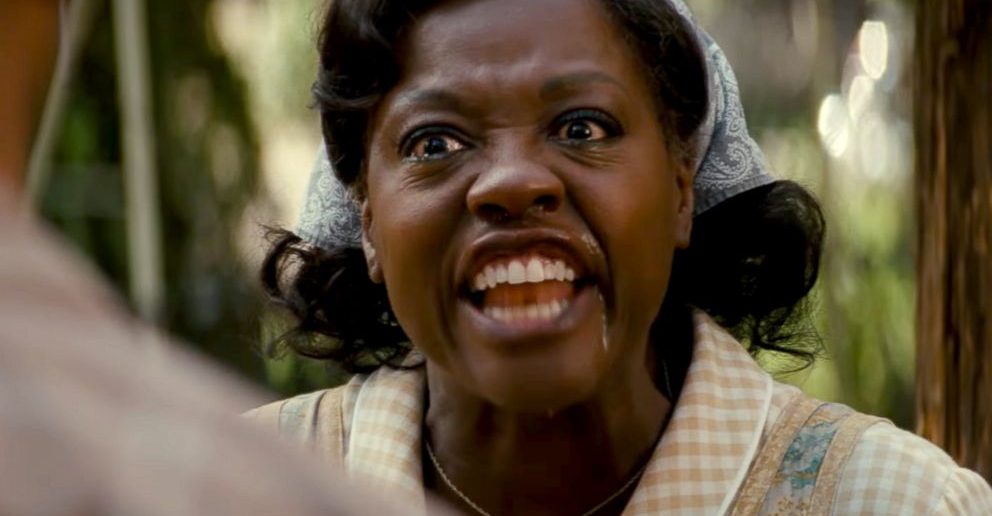 It’s debatable whether or not Viola Davis is a supporting actress in Fences, but she’s been picking up prizes for it so far, so we anticipate she’ll be safely into this category.

She’s followed by three strong performances from Naomie Harris, Octavia Spencer and Michelle Williams, although they will all struggle to take the eventual award off Davis. Nicole Kidman is also looking set for her first nomination in six years for Lion. There aren’t too many other strong performances outside these five, although Greta Gerwig’s turns in either Jackie or 20th Century Women do have her in the conversation, ready for an upset.

The screenplay categories always offer something a little more refreshing in comparison to the big hitters of Best Picture, Director and the acting categories. Whilst La La Land’s victory at the Globes makes it a sure nominee alongside Manchester By The Sea, there’s a lot of interesting stuff that could be put alongside them.

Animated movies often do well here, and Zootopia would be the number one pick in that regard. Meanwhile, indie comedy-dramas Captain Fantastic and The Lobster have got huge praise right through the year, and have a good chance to be recognised when it comes to their original screenplays.

The likes of Hell Or High Water, Jackie, 20th Century Women and I, Daniel Blake are also in the frame for a nomination here, so don’t count anyone 100% in just yet!

Just as with Original Screenplay, there are a lot of films that deserve a nomination here in the Adapted category. As far as locks go, we’d expect to see Arrival, Moonlight and Nocturnal Animals in there for their incredible screenplays.

The remaining spaces are wide open. Lion has been doing very well over the season, whilst the prospect that Silence won’t get much love when it comes to final awards might push voters to give Scorsese a bit of recognition in this category. Alongside, Fences, adapted from a Broadway show, Hidden Figures, Hacksaw Ridge and maybe even Love & Friendship might sneak a nomination in the end.

Predictions: Moana, Zootopia, Kubo And The Two Strings, My Life As A Zucchini, The Little Prince

With Pixar pretty much out of the picture this year, the race for Best Animated Feature is a close battle between two Disney outings: Moana and Zootopia. It’ll be hard to decide between the two, but they’ll both easily pick up a nomination, whilst Laika’s Kubo And The Two Strings’ fresh and innovative feel will help it to a nod as well.

Then it all becomes very unpredictable. So far, My Life As A Zucchini has been picking up nominations left, right and centre, but it’s not 100% certain. My favourite animated film of the year, The Little Prince, has been consistently overlooked throughout the season, but good things come to those who wait, and it could take a surprise nomination. Meanwhile, the highest-grossing film in Japan of all time, Your Name, is a possibility. The likes of Sing, Trolls and Finding Dory are also not impossible to see taking a nomination, but we’ll just have to see. Watch this space.

Predictions: Toni Erdmann (Germany), The Salesman (Iran), It’s Only The End Of The World (Canada), My Life As A Zucchini (Switzerland), Land Of Mine (Denmark)

With one of the season’s big foreign language hitters, Elle, surprisingly out of the running, Germany’s Toni Erdmann looks pretty much unstoppable to take both the nomination and the win.

Alongside, the Iranian thriller The Salesman, Canada’s polarising It’s Only The End Of The World, the Danish war drama Land Of Mine, and Switzerland’s animated My Life As A Zucchini are all very likely to pick up a nomination, given there’s only nine films left on the Academy’s shortlist. The remaining contenders are Tanna (Australia), The King’s Choice (Norway), A Man Called Ove (Sweden) and Paradise (Russia). It’s a tough one to pick given I haven’t seen any of them, and especially because Academy voters don’t always watch all the possible nominees.

The Rest Of The Feature Film Categories

So, those are my 2017 Oscar nominations predictions. You can watch the nominations being revealed on Tuesday 24 January at 1:38pm GMT on the Academy’s Facebook page, YouTube and more. Let’s hope I get a few of them right!