Daniel Craig’s likely to be hanging up his Bond boots soon (maybe even after Spectre), but the question on everyone’s minds is: who should be the next James Bond?

The star of the hit crime show ‘Homeland’ is currently the bookies’ favourite to be the next James Bond. Lewis is an actor with great credibility and range, seen in TV shows such as Homeland and Band Of Brothers.

He’s never had a really big hitter on the silver screen, but the classy man would surely have the ability to pull off a convincing 007, and has shown his capabilities as an action star too. Plus, we’ve never had a ginger Bond before, so that would be something too.

Anyway, Lewis is a pretty safe bet for the next James Bond.

Year by year, Tom Hardy is becoming one of the greatest actors of the 21st Century. From small but impressive beginnings in ‘Bronson’, Hardy took the lead of the smash hit Mad Max: Fury Road, and has established himself firmly in the Hollywood community.

Whilst some people may think that he’s a little too grizzled to play the classy Bond, performances in films like Inception must prove otherwise. Hardy may not be the betting favourite to play the new Bond, however he’d surely be one of the best possibilities out there, with his amazing acting abilities shown in films such as Locke, Warrior and even the average Legend.

In fact, a lot more of the buzz around Dornan comes from the successes of his modelling career, with people hoping he can replicate the sharp looks of Daniel Craig and Pierce Brosnan, and although we’ve never seen a really top performance from him, he’s still definitely got the chance to prove himself; never having been given a decent screenplay to work with.

Maybe Bond will be that big breakout that Dornan’s been waiting for.

Henry Cavill’s surely perfect for Bond, right? A chiselled young English man who’s proved himself as a pretty decent actor as well as action hero that’s liked by moviegoers on both sides of the Atlantic, that sounds fantastic.

And there’s no denying that Henry Cavill would be a pretty decent James Bond, having all the right credentials there already (in fact he’s even moved into the spy genre with the summer blockbuster ‘The Man From U.N.C.L.E.’ – although it wasn’t very good apparently…).

However, with the expanding DC Cinematic Universe and the upcoming Batman v Superman: Dawn Of Justice and Justice League movies, Cavill may find himself pressed for time as a result of his Superman duties, and might not be able to fit Bond into his schedule too. He’s not too likely therefore, but who knows?

The star of Thor and The Avengers, Tom Hiddleston has done the impossible by playing a movie villain that seems to be better-liked by fans than any of the heroes in the Marvel Cinematic Universe.

However, Hiddleston’s not just a great action star, he’s given top performances in comedies and dramas throughout his career, including Woody Allen’s ‘Midnight In Paris‘, and the bizarre ‘Only Lovers Left Alive’.

So, he’s classy, he’s cool, he’s well-liked, and it seems that Loki isn’t going to be playing that big a role in the later MCU, so it’s a good chance that Hiddleston could be the dark horse in the race for 007.

Idris Elba is an actor with huge support for the next James Bond, being the internet’s clear favourite and one of the top rankers in the bookmakers’ eyes too.

Elba is an absolutely fantastic actor, with brilliant performances in the crime show ‘Luther’, as well as in blockbusters such as Prometheus, Guy Ritchie crime film ‘RocknRolla’ and the upcoming ‘Beasts Of No Nation’.

So, despite what people might say, Idris Elba has the credentials to be the next Bond, and would surely be a great one too. 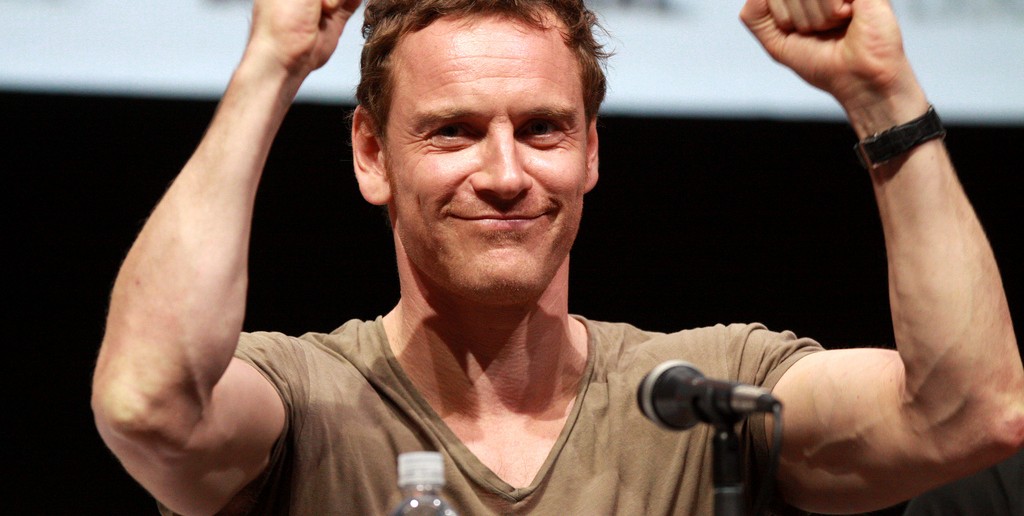 The star of the X-Men prequels, 300, Inglorious Basterds and the TV show Band Of Brothers, and now Oscar darling thanks to roles in 12 Years A Slave, Slow West and the upcoming Steve Jobs, Michael Fassbender is surely a great pick for the next James Bond.

He’s got the ability of an action star, and the acting prowess of any of the greats, as well as a clearly brilliant sense of humour, so he’d surely inject something a little different into the 007 character to what we’ve seen from Daniel Craig recently. Fassbender is a strong bet too.

Believe it or not, Vinnie Jones is in the race to be the next James Bond.

Well, when I say ‘in the race’, I mean on the board. He’s got odds of about 100/1 to be the next super secret agent, but who’s to say miracles can’t happen. Jones is great in action films, he’s a good laugh to watch on screen, so why not?

Actually, it’s not going to happen. Discount that, but it’d be cool anyway…