Despite not being the most financially successful of the Marvel Cinematic Universe, Ant-Man was adored by millions of fans across the globe for its quirkier and smaller-scale story, as well as its hugely entertaining humour that gives it a more unique character than the onslaught of modern superhero movies.

That is likely why Marvel have decided to add Ant-Man 2, or ‘Ant-Man and The Wasp’ to their Phase 3 line-up, and although 2018 is a long time away, what will the sequel actually be about?

Before we get into this, I just want to issue a quick SPOILER ALERT to all those who have not seen Ant-Man, as I will be discussing some of the plot points from that film.

The title of the sequel suggests that it is going to follow the adventures of Paul Rudd’s Ant-Man and Evangeline Lilly’s The Wasp together saving the world.

In the past, we know that Hank Pym and his wife were the superhero duo known as Ant-Man and The Wasp, and, given Pym’s love for a strong legacy like the one he passed onto Scott Lang, and having learnt that he can’t protect his daughter, Hope Van Dyne, he’ll definitely be letting his daughter take up the role of the new Wasp.

The addition of The Wasp is likely to prove very popular, as the Ant-Man series will be the only one in the MCU featuring a male-female duo fighting together, in a similar guise to the classic superhero teams of the past, and not like the currently overcrowded Avengers squadron.

What will the story be about?

Hopefully, if Marvel have learned from the fan love that this film got, they’ll keep the plot in Ant-Man and The Wasp on a relatively small scale again.

People are definitely getting tired of superhero movies where the entire world is in jeopardy, so this series should continue to provide smaller, but more believable thrills as it goes on.

So, don’t expect to see anything as huge as you get in The Avengers or Captain America, but prepare for another hilarious movie to watch coupled with excellent special effects, and you’ll have a whale of a time.

(Some release dates may have changed since this post was published). 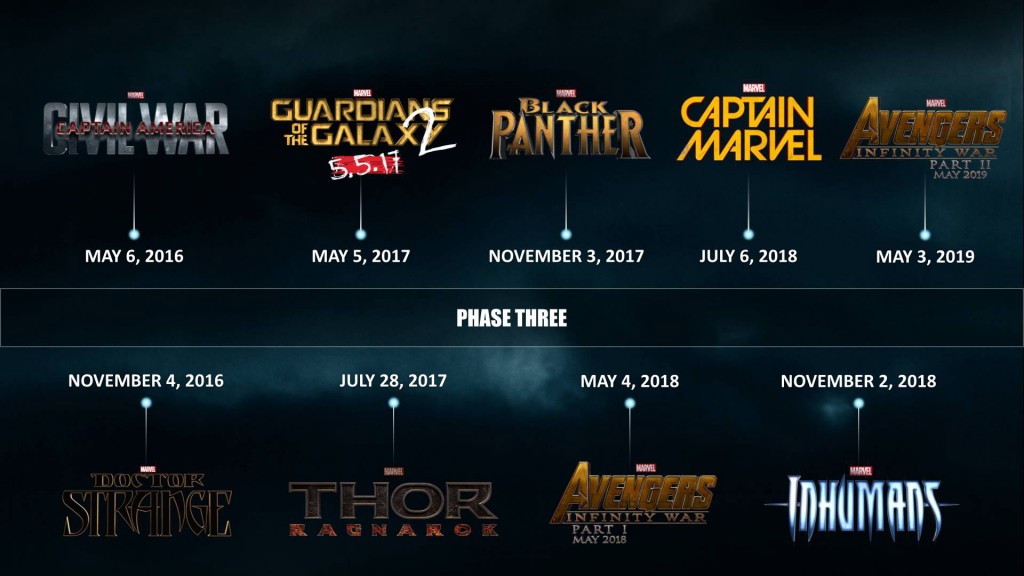 How will it fit into Marvel’s future plan?

Marvel’s Phase 3 is looking increasingly complex, especially with the recent additions of the 2017 Spider-Man reboot and now Ant-Man and The Wasp in 2018, but this Ant-Man sequel should fit in very nicely.

In similar fashion to its predecessor, Ant-Man and The Wasp will not play as big a role in the ultimate ‘Infinity War’ concerning The Avengers and maybe even the Guardians Of The Galaxy, but do expect some fun cameos from fellow superheroes here and there that will tie in with the whole Marvel Cinematic Universe.

If you can’t wait for more Ant-Man, then Paul Rudd is slated to appear in Captain America: Civil War as the miniature hero, although in a minor role, so check that out when it’s released on May 6, 2016!