Feel like dying? Want to have a watch of some of the most abominable pieces of cinema from the last twelve months? Then this is exactly the list for you: the top 10 WORST movies of 2016.

(Disclaimer: I haven’t seen every movie in 2016, and I’m sure there are a few worse films that would make it onto this list. But no matter, these ten films are truly awful anyway, so let’s get going!) 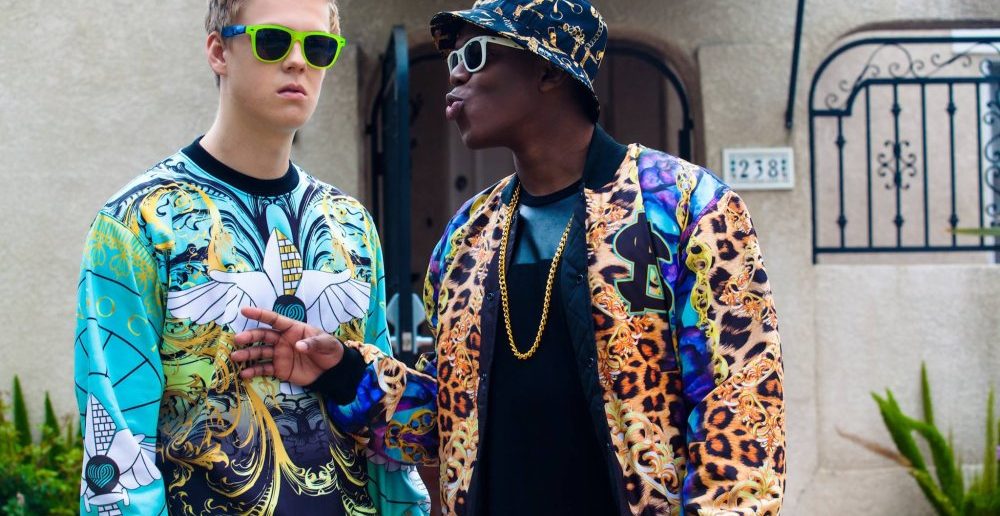 Dirty Grandpa, Absolutely Fabulous: The Movie, Laid In America, Keeping Up With The Joneses, Dad’s Army

Original movies are hard to come by in Hollywood nowadays, so I’m really disappointed to be putting Sausage Party on my top 10 worst films of 2016 list.

Of course, no one expected a legendary piece of cinema, but the idea of a raunchy and offensive animated film was hugely exciting, and from the likes of Seth Rogen and co., promised to be a hugely funny and memorable movie.

What we actually got, however, was an hour and a half of very safe and underwhelming humour. Trying to be witty and intelligent, Sausage Party made its situation worse as it consistently failed to make me laugh for the majority of its duration. With the exception of an insane and pretty entertaining finale, this film was plagued with poor comedy, an uninteresting story and an overestimation of how clever it was, but worst of all was the let-down of such an exciting and new concept being completely wasted.

These Sharknado movies are moving in the right direction at the moment, getting ever closer to moving off my worst films of the year list, but that doesn’t mean they’re brilliant just yet.

Sharknado 4: The 4th Awakens is without a doubt the best installment in the cult parody franchise, with a bigger budget, a slightly more streamlined story, and a return to some of the most ridiculous and insane comedy that last year’s edition occasionally missed out on.

That said, it’s still in the so-bad-it’s-good category, and although it deliberately delivers on that expectation, this fourth film feels like it’s the high point, and the series is going to start really running out of ideas in films to come. Yes, seeing Ian Ziering chainsaw a shark open is what we want, but with even less options for new settings, genre parodies and new jokes, the film feels like it’s teetering on the edge of a really boring and underwhelming edition in the saga. And whilst it’s good as far as Sharknado goes, there’s no avoiding the fact that the film is still pretty bad in comparison to all the other films that came out in 2016. 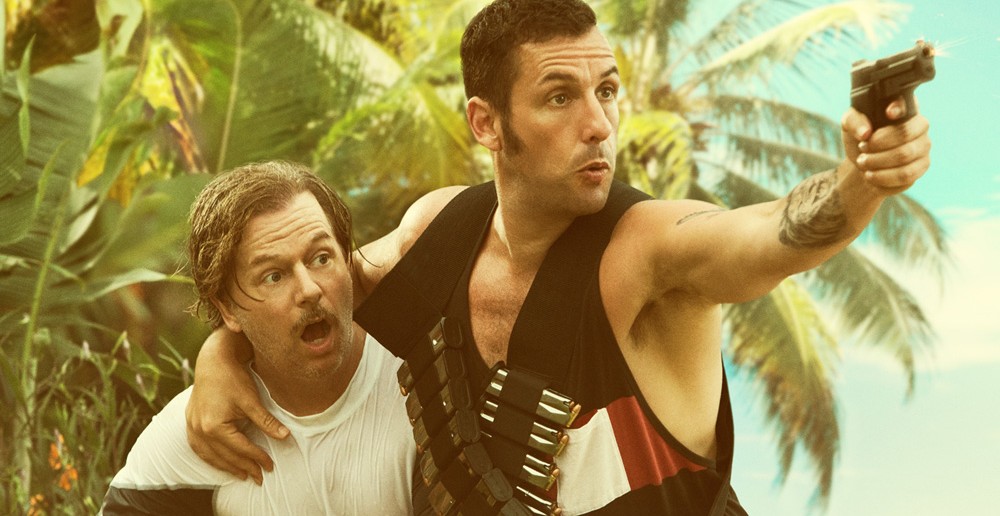 Where would a worst of the year list be without Adam Sandler? Continuing in a streak of painfully bad movies, Sandler’s second entry in his Netflix contract, the spy-comedy The Do-Over was the same-old rubbish we’ve come to expect from him and his crew.

Whilst it’s not always as painfully annoying as some of his worst films, The Do-Over is exceptionally boring, and does very little to provide you with either laughs or simple action and adventure entertainment. David Spade is very unlikable in the co-starring role alongside Sandler, whilst the likes of Paula Patton also don’t do much to make for a more entertaining watch.

The only reason the film isn’t lower on the list is because it’s not painful. The story is perfectly average, with predictable and boring twists that generally don’t make for much intrigue (albeit a few moments late on are relatively enjoyable), and the fact that it’s not Jack And Jill or That’s My Boy is enough to make me take a step back and only strongly dislike, rather than truly hate, The Do-Over.

Sneaking in right at the end of December is yet another addition to the long line of boring and disappointing video game movies: Assassin’s Creed.

I’m not someone who’s a big fan of the legendary game series, but even I could tell that this film was completely butchering them. Taking itself far too seriously as a fantasy drama, but offering next to no story or character development to make that work, Assassin’s Creed is simply a painfully dull movie, with a poorly-structured screenplay, a stupid and predictable plot, and an inability to even make simple action sequences moderately entertaining.

Despite the excellent talent in the film, including lead actors Michael Fassbender and Marion Cotillard, as well as director Justin Kurzel, this movie consistently failed to grab my attention, and really felt like I had wasted two hours of my time sitting in front of it. Unintelligent, underwhelming and most of all tedious, Assassin’s Creed definitely deserves its place on this list.

The follow-up to the internationally-acclaimed Crouching Tiger, Hidden Dragon now feels like one of the most pointless movies of the year, simply because it managed to get the spirit of the first film so terribly wrong.

Crouching Tiger, Hidden Dragon: Sword Of Destiny is as bad as sequels come, in that it completely fails to build on any of the interesting characters or stories established in the first film. It’s a painfully boring film, and even though I’ve never been a huge fan of the original, really doesn’t have anything like the originality and colour that the first film had.

But the worst sin by a mile, which I still cannot comprehend, is the fact that it’s all in English. Set in the same country and universe as the first film – in which the characters spoke Chinese – everybody in Sword Of Destiny suddenly forgets their nationality and heritage in exchange for the hope of better exposure on Netflix. We complain about Hollywood pandering towards China nowadays, but this is far worse, cheapening and destroying everything about this world of martial arts.

The film that topped my most disappointing movies of 2016 list, and the one that continues to haunt me as one of the worst and most frustrating cinemagoing experiences of my life, Zoolander 2 is an absolute monstrosity.

Easily the worst thing about the film is that it’s just not funny, and doesn’t live up in any way to the clever and witty 2001 original, consistently throwing all sorts of awful, braindead gags at you in a desperate attempt to make you remember how good the first film was and therefore like this sequel.

Despite having a stylish look, Zoolander 2 was absolutely all over the place when it came to its awful story, horrendous comedy and desperation to cram as many celebrity cameos into 90 minutes as possible (proving to be the most repetitively unfunny and annoying joke I’ve ever seen in a film), ending up as such a universally hated film that the trailers had to use its own characters’ quotes as ‘reviews’, with no positive critics’ soundbites to put into its marketing campaign. If you like the original, watch the original again, and stay far, far away from Zoolander 2. 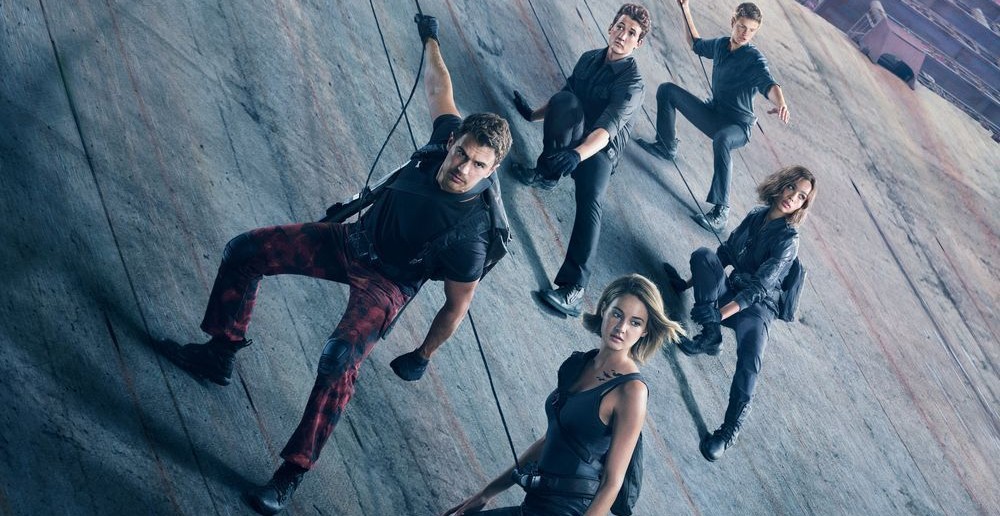 After three films, I just can’t be bothered with The Divergent Series anymore. Whilst its two first underwhelming but passable installments were completely harmless, something went badly wrong with Allegiant.

Written off as a Hunger Games rip-off by almost everyone, Allegiant is actually the first film in the series that moves slightly away from that formula, albeit still remaining very similar. Despite that, all the original ideas in the film are either tedious or frankly laughable, attempting to create a huge sense of stakes and drama as the series heads towards its final installment, but in reality offering next to nothing of the sort.

Everything about the movie is painfully dull, from the actors’ bored-looking faces to the drab reddy-brown sci-fi landscape that most of the story takes place in. It has no real entertainment value or successful expansion of the series’ universe, and proved such a critical and commercial failure that the series’ fourth and final installment is being considered for only a TV release. I’m sure you’d already forgotten about Allegiant, and I’m sorry to remind you of it, but it’s one to steer well clear of.

If there’s a film that we all went in with completely fair expectations of simple popcorn entertainment, then it’s Independence Day: Resurgence.

All that this film had to do was be a light-hearted but spirited blockbuster with entertaining action and characters; not too much to ask then. However, Resurgence was one of the worst Hollywood sequels ever made, completely missing the spirit of the jingoistic Independence Day of 20 years ago, replacing it with a tedious, lifeless and hulking blockbuster mess that nobody had any fun with.

And for the series that’s so synonymous with an American can-do attitude, the film’s blatant pandering to Chinese audiences was the final straw for many fans, making the film not only a disappointing and pointless mess, but also one that had sold its soul for cold, hard box office returns, offering none of the joy and excitement that its predecessor had done two decades before.

Of all the movies on this list, it’s fair to say that Nine Lives is the one that best lived up to my expectations.

It’s just a shame that my expectations were lower than the brain cell count for the two year old who came up with the idea of having Kevin Spacey turn into a cat, because this film really is horrifically bad. As silly and stupid as the premise sounds, it’s not funny at all, and although you only have to suffer through 87 minutes of it, it gets worse and worse, and weirder and weirder the more it goes on.

For one, it’s a kids’ movie that starts off with half an hour of business negotiations and discussions, and ends with a rather intense depiction of a man committing suicide by jumping off a skyscraper. There’s a silly story about a man being turned into a cat in the middle of that which is pretty awful as well, but my overall memory of this film is one of both bewilderment and sheer boredom.

I can’t believe the salary for actors Kevin Spacey, Christopher Walken and Jennifer Garner was high enough to persuade them into this movie, but that must be so, as it’s a big-budget movie full of great Hollywood talent that’s utterly pathetic in every way. It will bore kids, and it’ll definitely give you a hard time too, making it a solid number two on my worst movies of the year list.

The story of Gods Of Egypt‘s release feels like it’ll be turned into a satirical movie one day, because it’s all really rather bizarre.

The film in itself is a horrific mess, a catastrophe of CGI and fantasy jargon being flung at your face for over two hours and yet making not one ounce of sense, proving both tedious and painful as it drags on and in one of the ugliest and most unenjoyable blockbusters you’ll ever set your eyes on.

But it’s the story of director Alex Proyas’ reaction to the universal panning the film received that puts it into the history books. Although clearly awful to the eyes of the rest of the world, Proyas went on a vicious rant against critics, calling them ‘diseased vultures’ who didn’t have the guts to go against the strong consensus against his film.

If it weren’t for Proyas’ outburst, Gods Of Egypt would have been quickly forgotten as another failed blockbuster, but because of it, and the film’s own horrific failures to provide anything like an entertaining or interesting fantasy or historical story. it will be forever remembered as the very worst movie of 2016.