Films like Jurassic World, Furious 7 and Minions have annihilated box office records this year. However, some films weren’t quite up to scratch, and here they are: the top 10 biggest box office bombs of 2015. (Thanks go to my good friend Henry Eastham who collected all this data from across the internet and gave some opinions on the films I couldn’t be bothered to watch!)

This was a real shock to me, because I saw The Walk on opening weekend, and it was spectacular. Maybe it was the vertigo-inducing high-wire act that turned people off going to see it, or competition from Ridley Scott’s hit The Martian, but the film only just managed to break even.

With star power including Joseph Gordon-Levitt in the main role, plus being directed by Robert Zemeckis, who brought you Forrest Gump and Back To The Future, we thought that The Walk would have at least been a modest success, but it didn’t turn out that way.

Vin Diesel was the star of this year’s biggest box office surprise, Furious 7, which managed to take in over $1.5bn in the space of a month this spring.

However, he’s not impervious to box office failure, as The Last Witch Hunter proves. Released in late October, cinemagoers may have had enough of average summer blockbusters to go out for this gothic fantasy action film, and coupled with less-than-stellar reviews, The Last Witch Hunter only just managed to recuperate its huge $90m budget.

Starring big stars like Mila Kunis, Channing Tatum, Sean Bean and Eddie Redmayne, and directed by no less than the creators of The Matrix, the Wachowski siblings, Jupiter Ascending looked to be the first big box office smash of the year in February.

However, after being destroyed by critics for its non-sensical plot and ugly visual effects, anticipation for the film dropped considerably, and it opened disappointingly on a relatively quiet weekend. The week afterwards, it was met with competition from box office titan Fifty Shades Of Grey, as well as Kingsman: The Secret Service, and so it never managed to get going after that.

This is the first film on the list that failed to even meet its budget, and it came in the form of the dire family adventure Pan.

I haven’t seen it, but I’ve been told it’s an unnecessarily dark prequel to Peter Pan, with horrible visuals and the Lost Boys randomly singing Metallica, and from that, I think it’s pretty clear why it failed. With reviews that put it at 28% on Rotten Tomatoes, Pan was absolutely panned (get it?), whilst competition from family animation Hotel Transylvania 2 meant that it couldn’t even attract its target audience, signalling a huge failure.

This is still a really puzzling one. Steve Jobs is a film about the man who helmed the world’s most popular technology brand, is directed by Oscar-winner Danny Boyle, and stars no less than Michael Fassbender, Kate Winslet, Seth Rogen and Jeff Daniels.

What’s more is that it’s not a bad film. It’s still got Oscar buzz about it even after the box office failure, and I thought it was a much better biography than 2013’s Jobs, starring Ashton Kutcher. However, director Danny Boyle said that he felt that the failure came as a result of ‘going too wide too early’ with the film’s initial release in the USA, but it’s still one of the strangest stories at the box office this year. 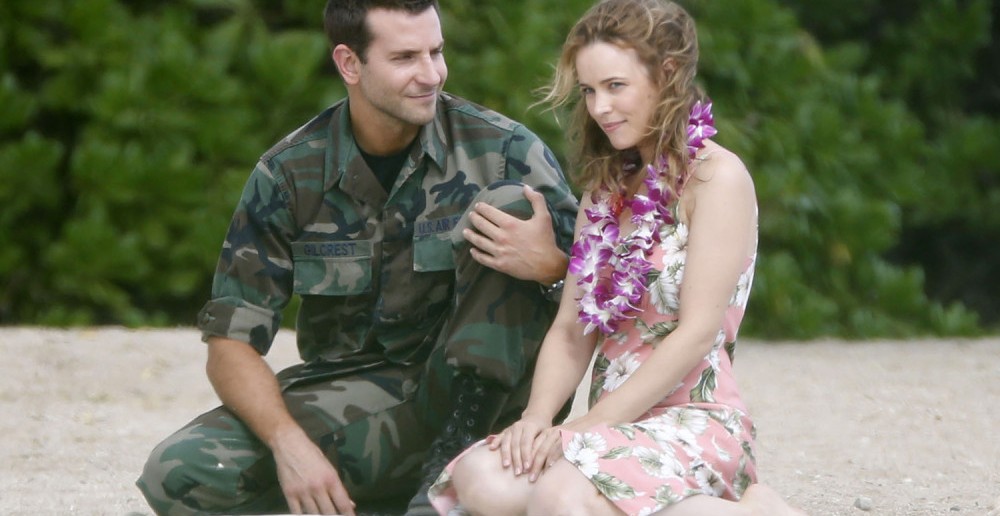 Aloha is directed by Cameron Crowe, who made classics like Almost Famous and Jerry Maguire, and stars Bradley Cooper, Rachel McAdams and Emma Stone in a light-hearted love triangle story on the beaches of sunny Hawaii.

So, why did it fail, you ask? Put simply, it was a pretty rubbish film. It only has 19% on Rotten Tomatoes, and was criticised for a terribly boring and one-dimensional story that took away the ability of the great A-list actors. Also, it opened in the USA in late May, which is the beginning of summer movie season, so audiences really weren’t bothered about a little romantic comedy, and that’s what really pushed this to make less than three-quarters of its starting budget.

4. Jem And The Holograms

Now we’re getting into the films that you’ve never heard of before, but saw a poster of once before it came out.

Jem And The Holograms is a small movie about a girl band who makes it big on the world stage, and that’s about it. It’s based on a beloved book, but it was criticised for taking the source material, and turning into a tedious drama that had no charm about it whatsoever, leaving it at just 19% on Rotten Tomatoes.

It came out in the USA at the end of October, and it was barely noticed, and although it didn’t lose as much money owing to its small budget, it still only managed to gross 56% of what it started off with.

Blackhat is arguably the most striking failure at the box office this year, thanks to its huge budget of $70m only yielding returns one-quarter the size.

It was a generic thriller with a convoluted plot that most people thought little of, but it was never going to do well this February thanks to competition from Fifty Shades and co.

What was most shocking was its failure in East Asia. The film is all about an American computer programmer working in tandem with Chinese contacts to prevent an outbreak of cyber-crime, so it was basically made to pander to the emerging Chinese market, which is hungry for all the Western films it can get. However, the film was obviously so bad that not even that target audience cared about it, and it crashed and burned as it failed to put enough bums on seats anywhere across the globe.

2. Our Brand Is Crisis

Again, you’ve probably not heard of Our Brand Is Crisis, and there’s no reason why you should. It does star Sandra Bullock and Anthony Mackie, but that’s about it.

It’s a political drama about a woman who tries to get the unpopular President of Bolivia re-elected, and it failed to interest anyone. Political dramas are often hard to get right, and unfortunately, this film just didn’t manage it, and despite being released only 5 weeks ago, has been quickly forgotten thanks to average reviews that only helped it to 26.8% of its budget.

Bill Murray! Zooey Deschanel! Kate Hudson! Even Bruce Willis! How can a film with a cast like Rock The Kasbah’s have done so badly?

Well, it’s had pretty dire reviews since its release in late October, sitting pretty at just 8% on Rotten Tomatoes, and its concept, about a rock promoter messing around in Afghanistan, obviously didn’t really attract anyone to see it.

According to Box Office Mojo, the film had the fifth-worst opening of all time for a wide release, taking just an average of $731 per venue on its opening weekend, leaving this as by far the biggest box office bomb of 2015.