In honour of the upcoming release of the thriller ‘Everest‘, let’s count down the top 10 best survival movies of all time! 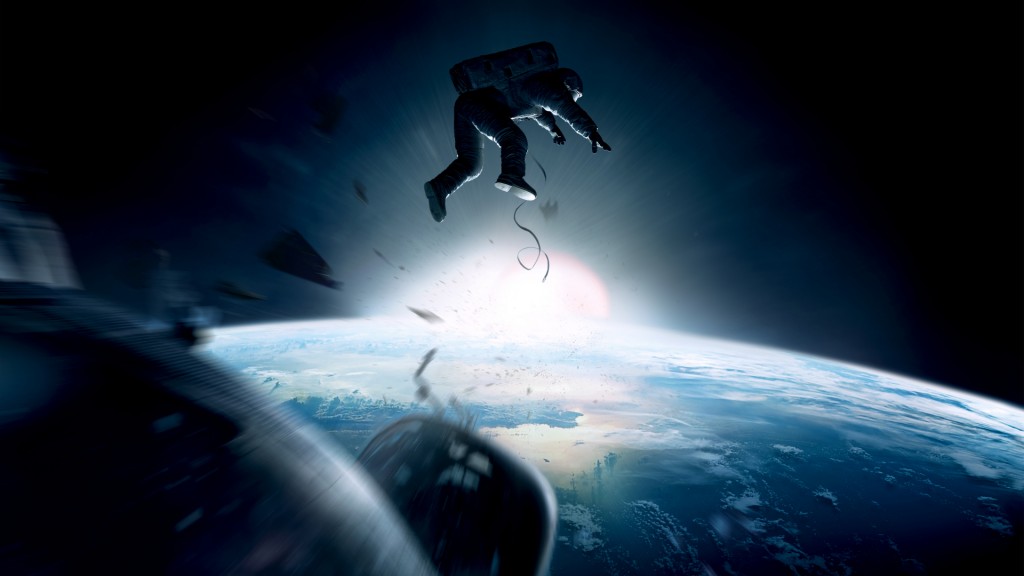 Alfonso Cuarón’s Oscar-winning space thriller is both an exhilarating ride as well as a technical triumph. Starring Sandra Bullock and George Clooney, this is an incredibly exciting film to watch, and one that never lets up from start to finish, full of hugely unpredictable twists and turns that amount to a brilliant experience.

One of the more amazing things about Gravity is how it uses the format of the survival genre so well in an unorthodox environment. This is pretty much the only film that manages to make the vast expanse of space feel more than isolated, but incredibly claustrophobic and uncomfortable, and with its incredible visual effects, this is a film that is astonishing to witness. 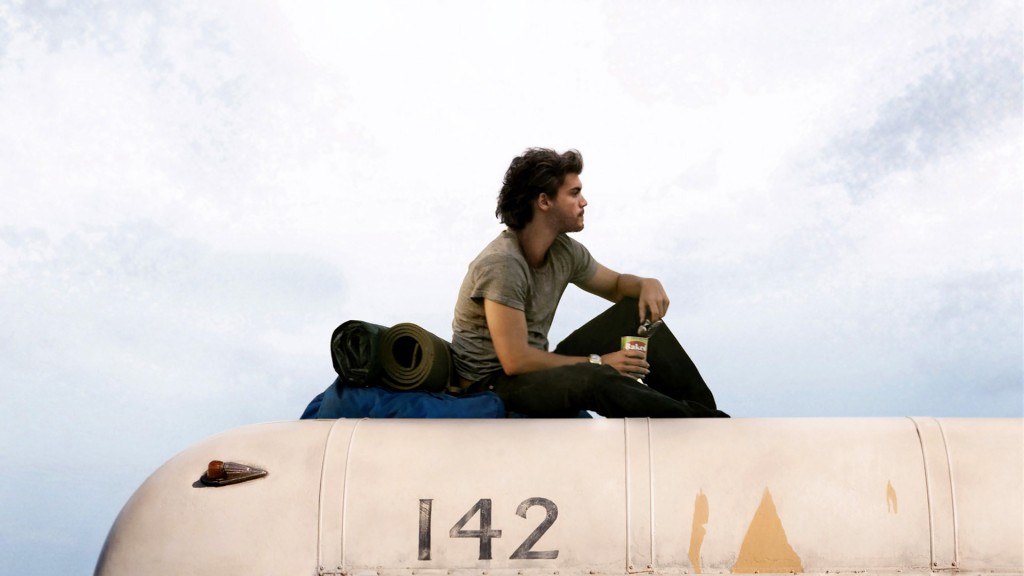 Emile Hirsch stars in the therapeutic travel drama directed by Sean Penn that took two Oscar nominations in 2007. It’s not so much of a survival thriller, but more like looking through the journal of a young man journeying across the United States that’s incredibly pleasant and visually impressive.

However, Into The Wild isn’t all easy-going, and, like most survival movies, there are some very heavy and brutal moments that show the extreme power of mother nature over man, amounting to a fascinating and emotional watch throughout. 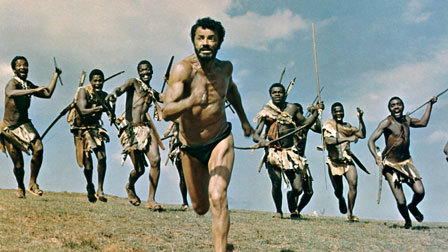 The quiet and understated but brutal survival thriller ‘The Naked Prey‘ starring Cornel Wilde is a real gem of the genre. It’s not the most intensely exhilarating film you’ll ever see, but if you’re a fan of these films, you’ve got to give this a try.

Whether it’s for the beautiful African landscapes that the film was shot against, the harrowing story of this man being hunted by tribesman for sport, or the heartfelt relationship he forms with a young African boy, this is a fantastic classic survival film. 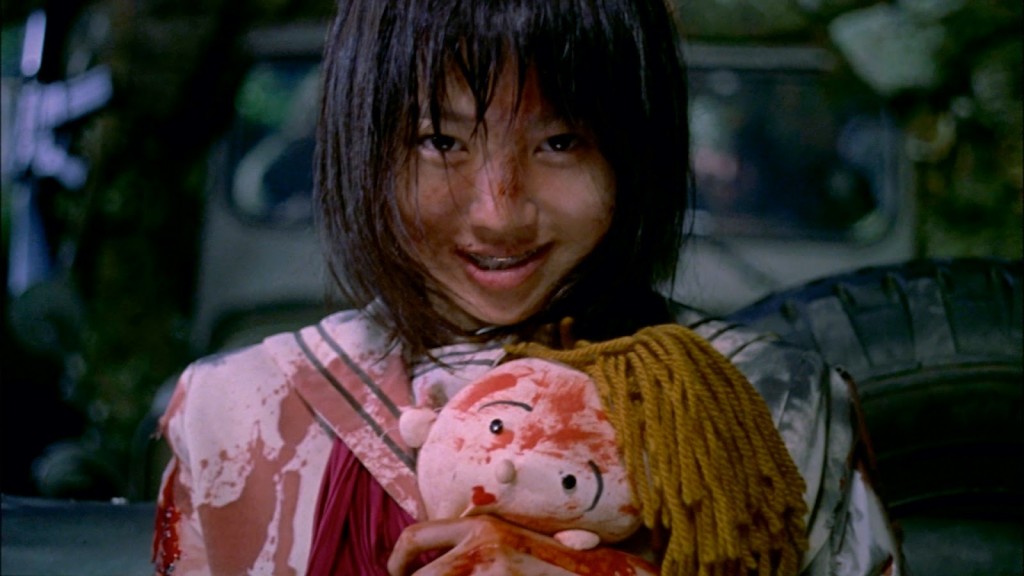 ‘Battle Royale‘, directed by Kinji Fukasaku, was once named by legendary filmmaker Quentin Tarantino as his favourite film since 1992, and it’s easy to see why. This is a hugely violent, incredibly controversial and disturbing Japanese thriller that revolves around a world where teenagers are taken to an isolated island and forced to battle to the death.

It’s the inspiration for the hit series ‘The Hunger Games‘, however the story following an awkward teenager in this situation is truly engrossing and far more impacting than any young adult franchise. You need to watch this one. 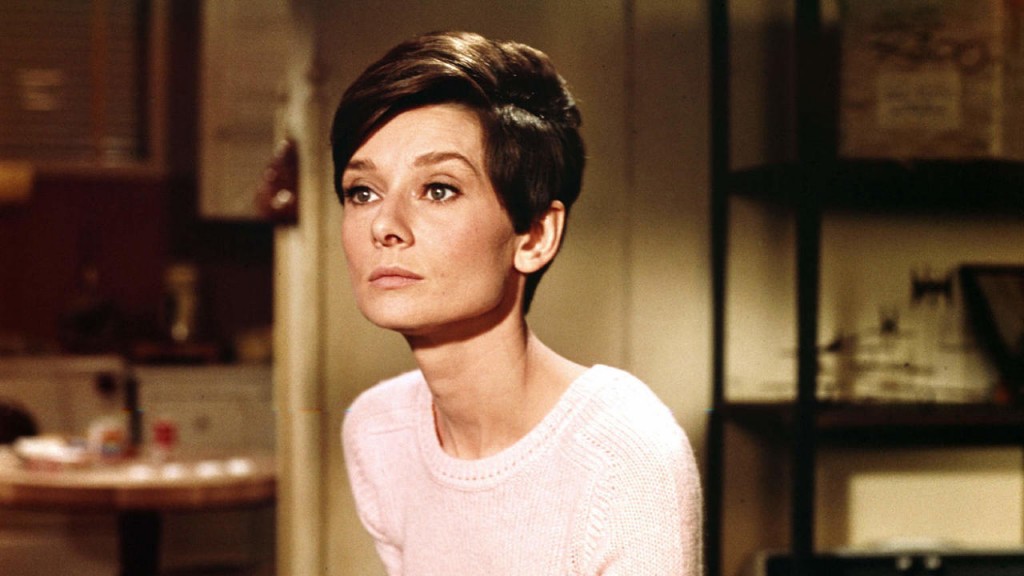 Whilst most survival movies focus on the typical man vs. nature story, ‘Wait Until Dark‘, starring Audrey Hepburn and Alan Arkin, is something very different. Based on a 1966 play, the film takes place in a blind woman’s apartment, as she is terrorised by criminals exploiting her lack of sight in order to find a drug-filled doll.

If you’re looking for something really claustrophobic and uncomfortable, but still incredibly exciting to watch, this is a good choice, with Audrey Hepburn’s performance showing her acting class away from the romantic comedy genre, and Terence Young’s brilliant directing having a huge impact on the dark and unsettling tone of the film.

Tom Hanks stars in Robert Zemeckis’ epic Hollywood story that showed the world how truly brilliant the survival genre can be. Whilst not completely isolated for the whole duration, ‘Cast Away‘ is at times desperately lonely and saddening, as well as occasionally more entertaining than a heavy-going drama.

Centring around a FedEx employee stranded alone on a desert island after a plane crash, this is a very relatable survival drama, and one that shows for sure what so many of us think about if we were completely alone. (We’d draw eyes on a volleyball and call it Wilson, of course!)

This is probably one of the least well-known films on the list, however did you know that ‘Duel‘ was the great Steven Spielberg’s directorial debut? It’s also one of his best movies, featuring the harrowing and intensely terrifying story of a man driving cross-country being inexplicably terrorised by an unknown lorry driver.

It’s not the longest film, nor does it have the highest budget, but with an amazing performance by Dennis Weaver, a haunting score and expert directing by Spielberg, this is one of the most astonishing and exhaustingly thrilling little films you’ll ever see, following one of the most bizarre survival stories out there.

Ang Lee’s Oscar-winning drama, based on the hit novel, is one of the most incredible movie experiences you’ll ever have. It hits the feeling of true isolation spot on, whilst also bringing a more fantastical and magical feel to the table, as young Pi is stranded in the incredible natural world of the Pacific Ocean.

Life Of Pi is a film that’s absolutely thrilling to watch from start to finish, however it’s got so much more, thanks to absolutely mesmerising visuals, and an incredible ending that turns the preceding two hours into one of the most amazing tales you’ve ever seen.

Yes, this is a film about the absolute nightmare of being buried alive. Ryan Reynolds stars as a truck driver whose convoy is ambushed in Iraq, leading to him being buried in a coffin underground with only a lighter and a mobile phone with limited battery.

The entire film takes place inside the coffin, and is an incredible work for just that reason alone. Ryan Reynolds is also fantastic, whilst the story is consistently exciting throughout, as breathless as the situation sounds, and unpredictable up to the bitter end. So, if you want something really intense and claustrophobic, look no further than Buried.

This is one of the most astonishing films ever. The big criticism of the survival genre is that it’s too stationary, and as such not exciting enough, but if there were ever a film to prove that wrong, then this is it.

Based on the true story of Aron Ralston, whose arm became trapped under a rock for 127 hours, this survival drama is an emotional rollercoaster like no other, with a brilliant sense of adventure and exploration as well as a desperate sense of isolation and pure pain.

Danny Boyle’s direction is stunning, by making such a tight space so captivating, whilst James Franco puts in a stellar performance to grab your attention right the way through this man’s terrifying ordeal.

127 Hours a movie that goes beyond the survival genre, and touches on so many more emotional points than you could imagine, and is as such the best survival movie of all time.