Everybody loves some kicking tunes to go behind the on-screen action, and that’s why these are the top 10 best movie soundtracks of all time! (All non-instrumental by the way). 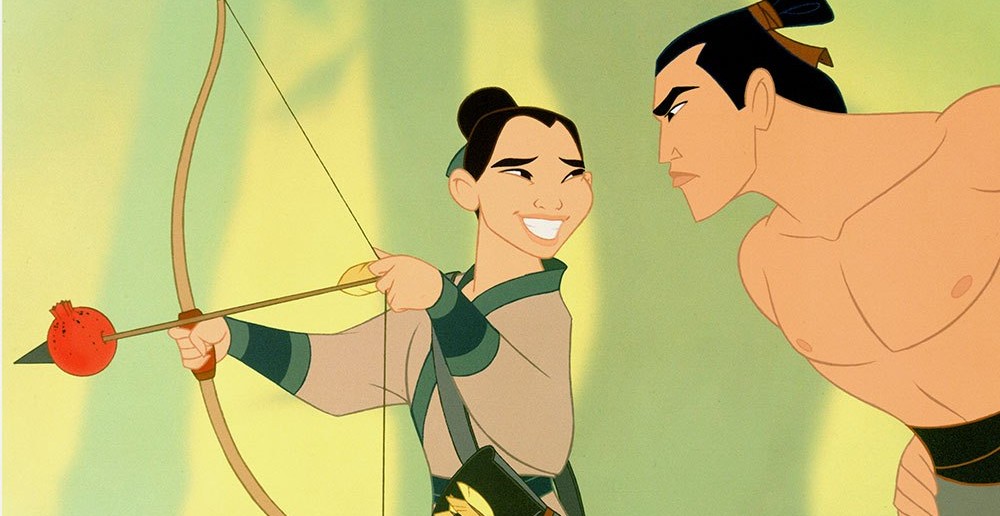 Mulan is definitely one of the most underrated Disney movies of all time, but it’s also got one of the best Disney soundtracks.

The studio has come up with so many classic songs, but there’s no movie like Mulan that manages to show such a wide range of music, from the emotional ‘Reflection’ to the fun ‘A Girl Worth Fighting For’, whilst also making sure that every single musical number is as catchy as can be, and it shows, because the hit ‘I’ll Make A Man Out Of You’ was recently voted the greatest Disney song of all time.

From legendary director Stanley Donen, On The Town is surely one of the most entertaining musicals of all time. It’s got a whole host of great characters and comedy, as well as a simply brilliant soundtrack.

In fact, On The Town has arguably a better soundtrack than Donen’s better-known ‘Singin’ In The Rain’, because it features completely nonsensical rhythms in songs like ‘Prehistoric Man’ to catchy jingles in the shape of the titular ‘On The Town’, but it’s a sure thing that it’s an absolutely fantastic film to listen to.

Of course, great soundtracks aren’t just limited to musicals, and that’s where Reservoir Dogs comes in. In Quentin Tarantino’s first film, he uses some of the most ingeniously executed backing songs ever heard, something that has helped to turn this indie crime film into an ultimate classic.

Whether it’s listening to K Billy’s Super Sounds of The 70s’ ‘Stuck In The Middle With You’ in the cringeworthy ear-cutting scene, or the iconic ‘Little Green Bag’ in the opening title sequence, this is a real toe-tapper of a film.

And if that didn’t convince you enough about Quentin Tarantino’s genius when it comes to selecting a soundtrack, then Kill Bill Vol. 1 will prove it.

With backing tracks just as manic as the on-screen violence, you will easily get one or two of the songs stuck in your head after this film. From the brilliant ‘Woohoo’ to the unsettling ‘Bang Bang’ or even the disturbing theme whistle, there are so many fantastic songs in this film that make it a must-see.

Now, if it’s a really classic musical soundtrack you’re looking for, then your quest is over. You’ve followed the yellow brick road of soundtracks all the way to The Wizard Of Oz. (That was appalling. Sorry.)

Judy Garland sings her way to the magical kingdom of Oz in a collection of classic musical numbers from ‘Over The Rainbow’ to ‘We’re Off To See The Wizard’ and everything in between, this is a delightful film to both watch and sing along to for all.

Shrek is a film that brilliantly subverted the fairytale and family animation genre in 2001 and became one of the best-loved films of the decade, surprising everyone.

But what people really didn’t expect from this family film was for it to have an amazing soundtrack. Using all sorts of pop hits, Shrek manages to make for so many great sing-along opportunities to genuinely cool songs, including ‘I’m A Believer’ and ‘All Star’, and a hugely fun watch as a result.

A recent Oscar contender, American Hustle would have surely taken the Academy Award for Best Soundtrack in 2013 (if it existed). David O. Russell’s stylish caper is a compilation of hit songs from the 1970s, and it’s a soundtrack that works absolutely perfectly with the tone of the film.

Using tunes including ‘Live And Let Die’, ‘I Feel Love’ and ELO’s ‘10538 Overture’, the soundtrack captures the craziness and slick style of the 1970s, whilst also brilliantly mirroring all of the characters’ emotions so clearly every step of the way.

Whether you want to follow the plot or just enjoy the brilliant soundtrack, this one really is a must-see.

Right up there with American Hustle in 2013, Baz Luhrmann’s The Great Gatsby is by far one of the most original and captivating soundtracks in cinematic history.

Although the film is set in the 1920s and the jazz age, Luhrmann incorporates modified versions of modern songs to give a fresher and more energetic feel to the film, and it really works well. It may be a little confusing to hear Jay-Z in the back of a 20s movie, it’s a real wonder to hear all these songs used to such brilliant effect in the most unlikely of circumstances.

The soundtrack includes Beyoncé’s cover of ‘Back To Black’, Emeli Sandé’s cover of ‘Crazy In Love’, Jack White’s ‘Love Is Blindness’ and the original song ‘A Little Party Never Killed Nobody’, so it’s a real treat to listen to.

How can you not have this on the list? It was one of the biggest hits of 2014 at the box office, but Guardians Of The Galaxy is also hugely renowned for its amazing soundtrack that brought so many 70s and 80s hits to the top of the charts once again.

Most Marvel movies have some good songs in them, but there’s nothing like one where every single number lands perfectly. Including ‘Escape (The Piña Colada Song)’, ‘Cherry Bomb’, ‘Ain’t No Mountain High Enough’ and the hugely adored ‘Hooked On A Feeling’, this film’s soundtrack is as super as its heroes.

It may be one of the cheesiest chick flicks ever made, but there’s no doubting the brilliance of Dirty Dancing’s soundtrack. Whilst the romance between Jennifer Grey’s Baby Houseman and Patrick Swayze’s Johnny Castle is a great story, the music in this romantic drama is incredible.

There’s nothing like it when a story and a soundtrack work together in absolute perfect harmony, but the way that this film manages to achieve that feat is brilliant. As the dancing on screen happens, you’ve got an amazing collection of backing tracks that mirror Johnny and Baby’s passionate relationship beautifully, thanks to songs like ‘Love Is Strange’, ‘She’s Like The Wind’ and the famous ending number ‘I’ve Had The Time Of My Life’.