It seems like we say this every year, but 2017 really does look like it’s going to be the biggest year ever for movies. Whether it’s the best or not, we’ll find out in December, but for the time being let’s board the hype train once again for the next 12 months, as we count down the top 10 most anticipated movies of 2017. 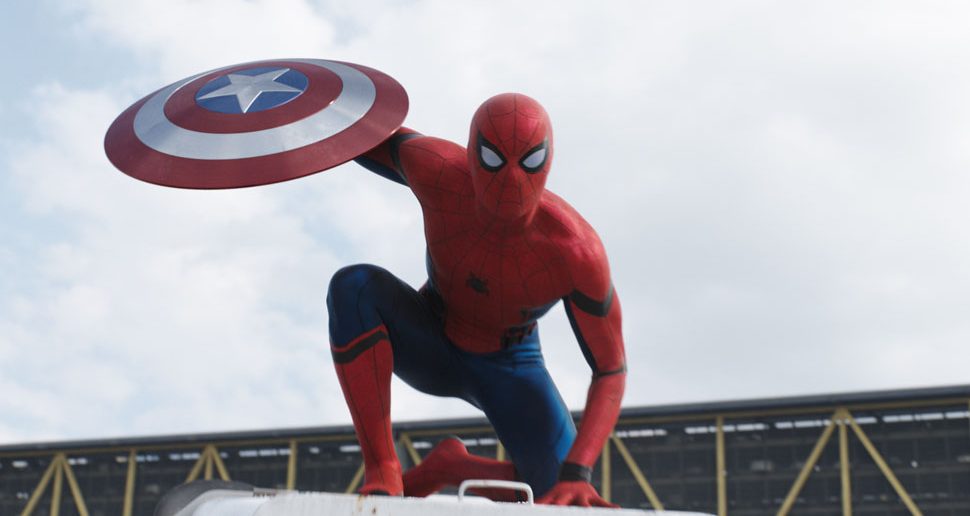 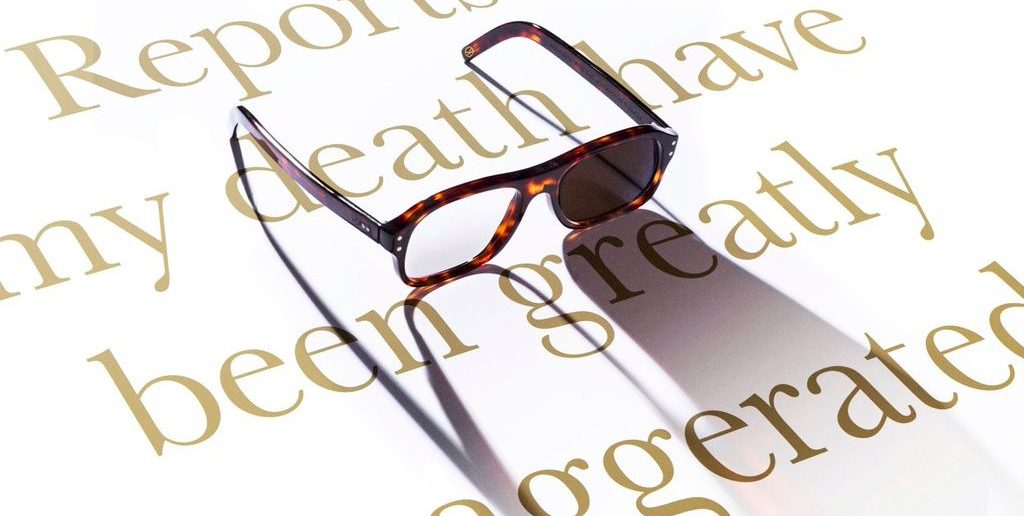 Kingsman: The Secret Service was probably one of the biggest surprises I’ve ever had, and it ended up being my second favourite film of 2015 as a result.

Hilarious from start to finish, and with off-the-wall action brilliantly directed by Matthew Vaughn, it was a hugely entertaining film that I continue to love. But what of its surprise sequel? It feels like the original was only released yesterday, but now, the Kingsman series seems to be being injected with a huge budget and even bigger cast.

Now starring the likes of Halle Berry, Channing Tatum and Jeff Bridges as the American counterparts to Kingsman, I worry whether the film will lose its charm as it’s transferred Stateside. However, the reason that I’m anticipating it so much is because director Matthew Vaughn is returning for the sequel, and considering that he’s yet to put a foot wrong in any of his films, I think we’re safe to say that Kingsman: The Golden Circle will be another hit.

US Release Date: 6 October (No trailer yet…)

9. Beauty And The Beast

Disney are on an absolute roll at the moment. Their animation studios are consistently producing high-quality pictures, Marvel and Lucasfilm are pulling in billions a year, and now their initially wobbly live-action adaptations of classic fairytales are even starting to work.

While Maleficent went too dark in 2014, and Cinderella was maybe a little too safe in 2015, last year’s The Jungle Book remake was a real triumph, managing to provide an entertaining and surprisingly original story whilst both honouring and not trampling all over the original movie.

And then when the trailer for Beauty And The Beast was released, I felt that Disney had really hit the sweet spot. Apart from being visually stunning, the film looks like it’s struck the balance between modern, darker fairytales and the childlike wonder that makes Disney classics so beloved. With Emma Watson as Belle, and more A-listers as your favourite characters from the original, it seems like Disney are really trying hard to make their films good, and Beauty And The Beast might just be the best yet.

8. War For The Planet Of The Apes

Amidst an endless stream of dire Hollywood reboots, there seems to be one series that’s holding its own every time: The Planet Of The Apes franchise.

The series so far has been an impressively dark and intense take on the events leading up to the creation of The Planet Of The Apes, and this year’s edition looks to go even further as the world teeters on the edge of being overrun by apes.

Although the sequels in the 1970s made the concept painfully silly, the exceptional visual effects and motion capture used in these modern films to create the apes makes it one of the most impressive blockbuster franchises around, and given that the story has been consistently engrossing and high-stakes, I’m expecting big things from this year’s War For The Planet Of The Apes.

If you’d asked me for my top 10 most anticipated list back in July, Kong: Skull Island  would have been right at the top, following its sensational first trailer.

The dark, intense and powerful Vietnam War vibes were so striking that I ended up writing a 1000-word analysis of the trailer (which you can read here), and after the disappointment of 2014’s Godzilla, which is set in the same universe as Skull Island, I was massively hyped.

That said, the second trailer was a disappointment, and seemed to take away from that powerfully dark tone. I’m hoping that the end product sticks securely to the Vietnam War atmosphere, as I think it could make for one of the most original and interesting blockbusters we’ve seen in years, and make for yet another excellent King Kong movie. I’m a little worried at the moment, but I’m still definitely excited to see what Skull Island can pull off. 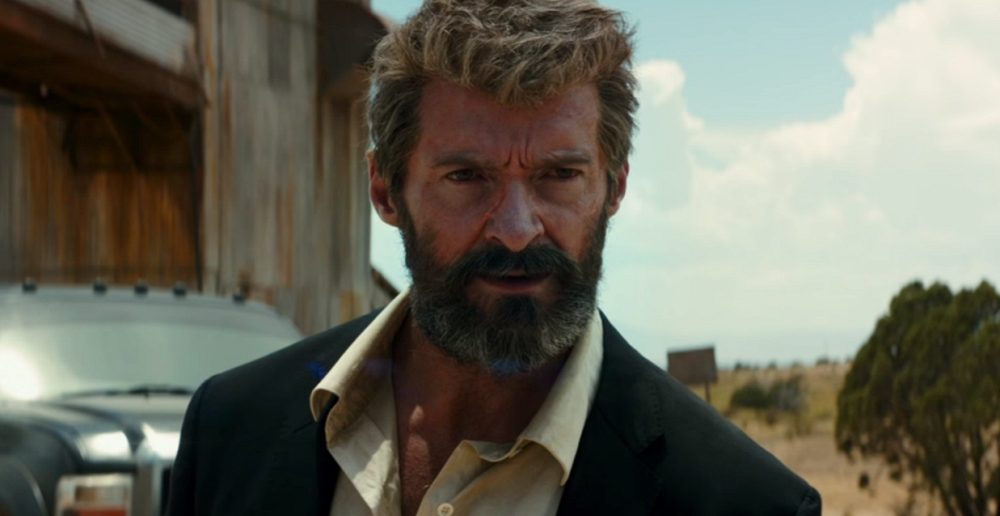 Speaking of original takes on the blockbuster genre, I don’t think that we’re going to get anything more different this year than Logan, Hugh Jackman’s final outing as Wolverine.

The trailer released is an emotionally intense and incredibly original way to take on the superhero genre, and, following Deadpool‘s mammoth success in 2016, Logan is definitely going to be a hard R, with extreme violence and dark, emotional drama to boot.

If I’m honest, I’ve never been really thrilled by any of the X-Men movies before, but given that Logan promises to do something so different, by presenting itself as a human drama that’s more about characters than explosions, I think it could really be something very special, and maybe even one of the best films come the end of 2017.

DC and Warner Bros. are in an absolute mess at the moment. 2016 was meant to be their flagship year, but the releases of Batman v Superman and Suicide Squad, both of which were huge disappointments (albeit not as awful as some critics made out), have meant that it’s tough to go into these movies without heavy trepidation.

That’s why Justice League, the DC equivalent to The Avengers, isn’t even in my top 10 list for this year. However, DC do have one final make-or-break chance with Wonder Woman.

Gal Gadot proved that she’s the right woman for the job in her appearances in Batman v Superman, so I’m genuinely excited to see what she can do in the first ever big-screen Wonder Woman movie. With some intriguing trailers surrounding the film’s First World War setting, this film looks to be a little different to some of the most generic problems of DC’s previous releases, and with a great cast including Chris Pine and Robin Wright, and director Patty Jenkins, I really hope Wonder Woman will be the movie that puts the DCEU back on track.

I loved The Lego Movie. I even loved the Lego Ninjago short ‘The Master’ they showed before Storks. What I’m getting at here is that these Lego movies seem to have pinned out a perfect sense of humour that makes for endlessly funny films.

So, when you’ve got a solo movie for one of The Lego Movie’s funniest characters, Lego Batman, it’s pretty certain that we’ll be in for an hour and a half of incessant laughing. The countless trailers have been on point again and again, and with Will Arnett and Michael Cera as Lego Batman and Robin, as well as Ralph Fiennes as Alfred, the film is almost definitely going to be good.

Easily my most anticipated DC movie of the three that are coming out this year, The Lego Batman Movie should be one of the best animated movies, best comedies, and hopefully even best movies of 2017.

You may not know it, but we’re currently in the longest hiatus between Christopher Nolan movies since before Batman Begins.

However, taking extra time with Dunkirk, a war film set during the Dunkirk evacuations of 1940, surely means that it’s going to be even more of a masterpiece than normal. We’ve seen Nolan take on superheroes, sci-fi and crime with almost universal success, so I’m hugely excited to see what he can do with the war genre, and, judging from the trailers we currently have, it looks exceptional.

I don’t know why One Direction singer Harry Styles is in the movie, but the likes of Tom Hardy, Mark Rylance and Kenneth Branagh will easily make this a brilliantly-acted film. Whatever happens, Dunkirk might just be one of the best movies in recent memory if Nolan gets it all right.

Guardians Of The Galaxy is probably Marvel’s greatest success story so far. Taking a relatively unknown comic book title and turning it into a mammoth blockbuster hit was pretty unprecedented, but now they’re back for more in 2017.

The team dynamic was so entertaining to see last time out, and the film’s impressively comedic style makes it stand out that much more from the rest of the MCU. Chris Pratt, Zoe Saldana, Dave Bautista, Bradley Cooper and Vin Diesel are returning, whilst Kurt Russell will be playing the film’s villain, so you can be sure that the film will have talent on its side.

And even if this sequel doesn’t live up to the original, I’ll be seeing it just to hear the soundtrack. The trailers so far show us that the music will be just as important as last time, so here’s hoping that Awesome Mix Vol. 2 will be topping the charts once again this year. Of all the superhero/comic book movies that are coming out this year, Guardians is easily the one I’m most excited for.

US Release Date: 5 May (Watch the trailer here.)

This film is in a complete league of its own when it comes to hype. The Force Awakens and Rogue One were both great successes, and now as we return to the galaxy far, far away for a third year in a row, I couldn’t be more excited.

With Rian Johnson, director and writer of Looper, on board, Episode VIII promises to have the brains to bring back all those who were disappointed by The Force Awakans. Also, Johnson says that VIII will deviate from the story structure of the original trilogy, meaning that we’re going to be getting a new sort of story set in the Star Wars universe, rather than retreading the originals again.

The return of Rey, Finn, Poe, BB8, Kylo Ren and more is alone enough to get me to see this movie, but the unexpected series of new cast members being brought on board means there’s still a lot we don’t know about this movie. With more Luke Skywalker promised, I also hope Episode VIII is a heartfelt send-off for Carrie Fisher, who completed her filming as Leia before she passed away at the end of December.

Whatever happens though, I would go and see this movie without even having seen a trailer, poster or a title released. Why? Because it’s Star Wars.