It’s September. The Oscars are still a good 5 months away. But when did that ever stop us talking about showbiz’s most coveted and most infuriating awards ceremony? So, let’s kick the season off with the 10 films you need to watch out for ahead of The 90th Academy Awards: the Oscars 2018.

Have you ever seen three faces that scream the word OSCARS more than these? With legendary director Steven Spielberg, the endlessly beloved Tom Hanks, and the Academy’s all-time favourite Meryl Streep all on board, The Post is obviously going to be one of the frontrunners of this year’s awards season, and that’s before you even know what it’s about.

Using the legendary talent on display, with Alison Brie also starring in a major role, The Post tells the true story of the first female publisher of The Washington Post who began uncovering a major scandal spanning four US presidents leading to the publishing of the Pentagon Papers in the early 1970s.

Now, historical dramas always go down well with the Academy, but what makes The Post a shoo-in for acclaim this year is its parallels to the current political situation in America. The film is suggested to emphasise the battle for truth between the government and the press, and following last awards’ seasons very outspoken opposition to current US President Donald Trump, a film that effectively deals with that exact topic (albeit set a few decades ago) will clearly be receiving all the plaudits from across the board. We don’t know if it’s good or not yet, but it will almost certainly be in the running.

The Shape Of Water

Now here’s something that looks a little different. Guillermo del Toro, director of the brilliant Pan’s Labyrinth, looks to be in a strong position this awards season with his upcoming fantasy romantic drama: The Shape Of Water, starring Sally Hawkins in the lead role alongside Michael Shannon, Octavia Spencer and more.

Centring on a mute woman working in a Cold War-era government lab who discovers a strange creature being experimented on, and then forms a strong bond with him, the story looks to be a moving and tender piece about seeing past people’s imperfections, something that may seem cheesy at first, but might just work in such a unique scenario.

Fantasy is a notoriously unsuccessful genre when it comes to winning major awards, however early reviews suggest there is a lot of love for The Shape Of Water, praising del Toro’s visual style, the film’s heart, story and setting, all pointing to the fact that it may just be a great film that can bypass any genre restrictions, plus its recent Golden Lion win at the Venice Film Festival should show its awards potential. For me, it’s the most unique and exciting prospect of the awards season, and will hopefully be fighting to become the first fantasy Best Picture since The Return Of The King.

Watch the trailer for The Shape Of Water here.

There’s always one film from the summer season that looks likely to carry over into the Oscars, but this year it looks like it could really go all the way. Christopher Nolan’s endlessly acclaimed World War Two thriller Dunkirk is a surefire bet to be showered with nominations in the technical categories, but there’s a real chance it could be a strong competitor in the main categories too.

Nolan, widely considered as one of the greatest directors of all time, has been snubbed time and time again by the Oscars, despite his almost flawless track record. The main theory for this is the fact that most of his films have been sci-fi blockbusters, another genre that can alienate Academy voters. So, the fact that he’s gone for a historical setting this time around should put him in much better standing.

If you’ve seen the film, you’ll know what an exhilarating and intense experience it is. Although somewhat divisive due to its lack of character depth, the film has won endless plaudits for Nolan’s directorial innovation, making a truly intense and powerful war thriller that will undoubtedly stand up long after most of the films on this list have faded from fame.

Read my glowing review of Dunkirk here, or watch the trailer here.

Battle Of The Sexes

Since he’s started in big Hollywood dramas, it seems that anything Steve Carell does attracts a lot of attention, and alongside Emma Stone, right off the back of her Best Actress award for La La Land, the historical drama Battle Of The Sexes looks to be a strong contender for a lot of nominations come next year’s Oscars.

Detailing the story of the match between tennis players Billie Jean King and Bobby Riggs, the most famous female vs male face-off of the 20th Century, it’s a story that should definitely get the Academy interested, and with what also seems like a strong feminist air around Emma Stone’s Billie Jean King, will undoubtedly receive plaudits for its message as well.

Although early reviews haven’t been glowing, it seems that Battle Of The Sexes is the perfect blend of comedy, history and drama to offer an alternative to the majority of more intense Oscar dramas, and that should give it the legs through the season to pick up some good nominations, and maybe the odd award.

Watch the trailer for Battle Of The Sexes here.

So this one’s about Matt Damon and Kristen Wiig leaving their normal life to go into a miniature world, where things are cheaper and life is better. That doesn’t quite seem like the normal sort of big Oscar premise, but with director Alexander Payne at the helm, and a whole host of big stars alongside, it’s surely going to be in the conversation.

With previous quirky dramas like Election, Sideways, The Descendants and Nebraska all picking up Oscar nominations and/or wins, if there’s a director that can get a strange concept like Downsizing’s into the Oscar race, it’s definitely Alexander Payne.

Although there’s still not all that much known about the film, its mysterious and bewildering premise has grabbed a lot of attention both in critics’ circles as well as among the general public, and with a full trailer coming very soon, it looks like Downsizing will be picking up momentum all the way to the awards ceremonies come next year. 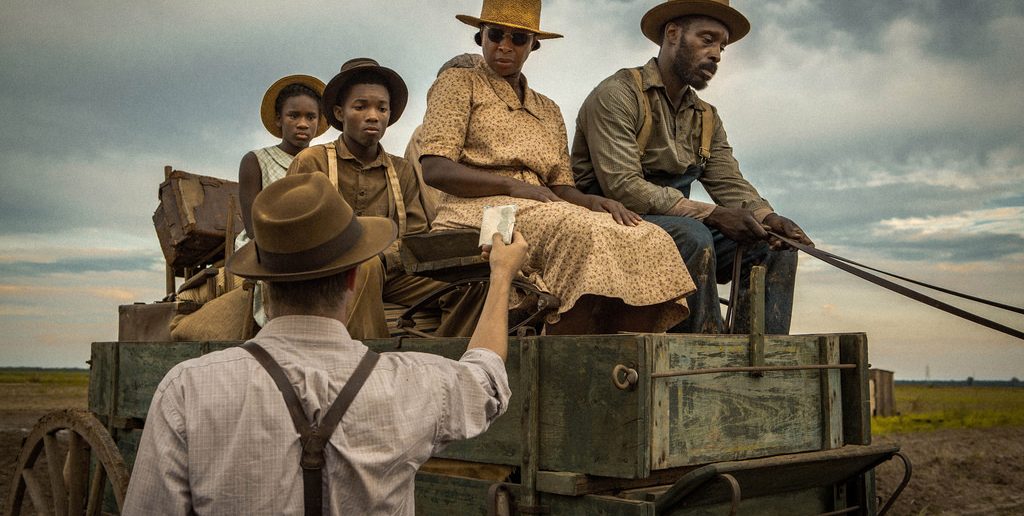 As with every year, there’s always a Civil Rights movie that looks certain to be in competition, and this time round it looks like Mudbound is the one to fill that slot, thanks to strong (albeit not perfect) reviews from its festival runs, and the Academy’s continuing desire to recognise minority stories at the top level.

Set in rural Mississippi in the early 20th Century, the film’s main focus is the racism that many African-Americans faced at the time, while also looking at returning veterans from the Second World War still experiencing discrimination despite having served their country.

Given that the awards season slate doesn’t look quite as full of Civil Rights dramas, Mudbound has a good chance of making it into the main competition, however good reaction to the film over the past months means it should definitely be in there entirely in its own right, possibly even fighting at the top for a Best Picture win.

Watch the trailer for Mudbound here.

Ok, Blade Runner 2049 probably won’t be at the forefront for the Best Picture race, but it’s certain to be picking up nominations not just in the technical categories, but possibly even for director Denis Villeneuve, and maybe even a Best Picture nod.

Despite protests at its inception, after Arrival director Villeneuve was brought on board, the hype for Blade Runner 2049 has been growing and growing. Strongly atmospheric trailers along with intriguing snapshots have kept the film shrouded in the dark mystery that made the original Blade Runner so memorbale, and with the revelation that Villeneuve is favouring practical effects, this sequel looks set to really capture the spirit of the original.

Following Arrival‘s enormous success last year, Villeneuve has managed to show that sci-fi can make its way onto the Academy’s favourites list, and now taking on a known and acclaimed property, with beloved actors Harrison Ford and Ryan Gosling in the lead roles, there’s a real chance that the Oscars could show some love to Blade Runner 2049, but even if they don’t, it’s one to definitely watch on release.

Call Me By Your Name

Following swathes of amazing reviews from festivals, Call Me By Your Name is a strong early contender for big wins at the Oscars 2018. From Italian director Luca Guadagnino and starring Armie Hammer alongside Timothée Chalamet, this should easily be the top non-American/British-based film of the season, something that always paves a good way towards the Academy Awards.

Telling the story of a young Italian-American man who falls in love with an American student who comes to stay with his family in rural Italy, the film has been lauded as a genuinely moving and powerful depiction of first love, and with what appears to be a wonderfully quaint and nostalgic atmosphere, will surely do the job of tugging at your heartstrings.

The story’s focus on a homosexual relationship is also likely to spark interest from across the board, given that it’s a topic that still hasn’t quite made it into the mainstream in Hollywood, yet with strong reviews and Moonlight‘s Best Picture win last time out, Call Me By Your Name will definitely be high on the Academy’s list.

Watch the trailer for Call Me By Your Name here. 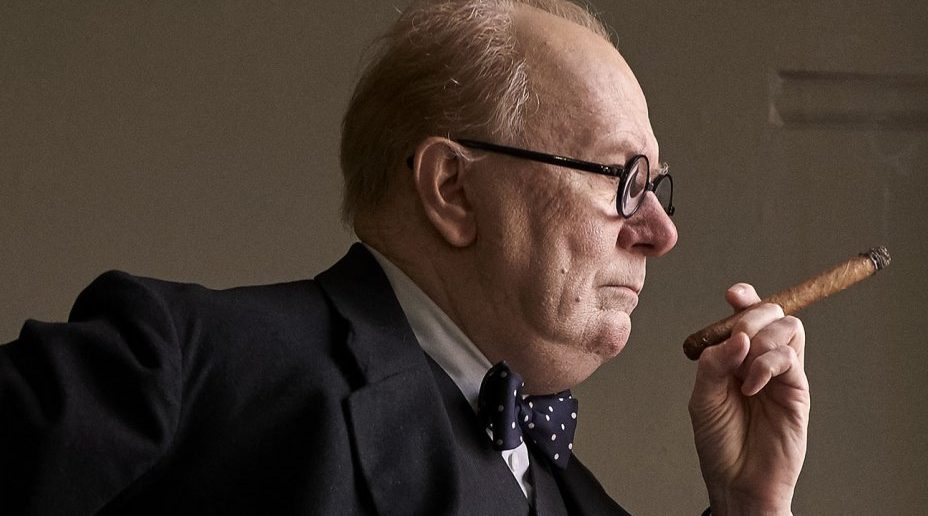 After the Leonardo DiCaprio story, it seems that Gary Oldman is the next actor to have been snubbed far too often for Oscars, however it looks like Darkest Hour could be the one that finally wins him the award he’s deserved for a long time.

In what looks like a fairly Oscar-baity biopic about Winston Churchill, Gary Oldman is said to put in an exhilarating performance as one of Britain’s most lauded historical figures, and although there is talk that its period setting could prove divisive – given the oversaturation of the genre at the Oscars over the last 50 years – it’s still likely to be a top contender when awards season gets really up and running.

We know how well Frances McDormand can lead a film, but her performance in Three Billboards Outside Ebbing, Missouri looks like something on another planet.

Following a couple of very striking trailers, the film, which tells the story of a frustrated woman taking her anger out against incompetent and unjust police officers after her daughter’s murder was forgotten about, looks to be a particularly intense, dark and possibly even scathing drama about all manner of injustices in small communities.

What’s more, the fact that In Bruges director Martin McDonagh is helming the film means that it will undoubtedly have that terrifyingly dark comedic twinge to it, and although it appears that the dramatic side of McDormand’s performance will be the centre of the film, McDonagh should manage to bring some welcome Fargo vibes to the picture as well, something that should help it into the main awards conversation, even if it may at first come off as a little bit too much for the Academy.

Watch the trailer for Three Billboards Outside Ebbing, Missouri here.

So that’s my guide on what to watch ahead of the Oscars 2018. Bear in mind, being so early in the season, a lot of these films don’t even have release dates yet, nor do their early reviews guarantee Oscar success, but they all look like standing a good chance when it comes to that mad night on March 4, 2018.