We all like to hate on bad films, but nobody does it better than the now institutional anti-awards show: The Golden Raspberry Awards, or, The Razzies. It’s the 36th ceremony on Saturday 27 February, and here are my 2016 Razzie predictions.

This should be a pretty simple win. Although all of the nominees for Worst Picture this year are truly terrible (Fifty Shades, Fant4stic, Pixels, Paul Blart Mall Cop 2, Jupiter Ascending), popular hatred for Fifty Shades Of Grey should take it to the main prize with ease.

As with all Razzie categories, all the nominees deserve the award, but there’s something so particular about the distaste for Fifty Shades, one of the highest-grossing films of 2015, and its desperately tedious and emotionless story.

Fantastic Four may take a surprise win given its destruction of the classic Marvel property in such spectacular style, or Pixels, Adam Sandler’s latest calamity, might get the award just to send him a message. Again.

Worst Actor is a really strong and competitive category, because the nominees all gave infamously awful performances. My money’s on Johnny Depp to take the win for his role in the critically-panned Mortdecai, simply because he wasn’t just unfunny, but really, really annoying.

But it’s a possibility that Sandler will take a record-equalling FOURTH win for his awful turns in the terrible Pixels, and the painfully dull comedy-drama The Cobbler, and I think we’d all be perfectly happy to see that one turn out, but the fact that he’s more dull than shrill and annoying is why I think Depp might just pip him.

Meanwhile, that popular hatred for Fifty Shades Of Grey that should take it to Worst Picture could give its lead star Jamie Dornan a boost in the Worst Actor category for his wooden performance as billionaire Christian Grey, but I think that enough people recognise that it’s E.L. James’ original character that was the main problem, and not totally Dornan’s fault.

Could spoil the party: Dakota Johnson (Fifty Shades Of Grey)

Another strong category here for Worst Actress, and I’m thinking that Mila Kunis is going to take the award, despite her competitors’ excellent efforts to top her awful performance in Jupiter Ascending.

Jupiter Ascending was the sort of film where everything went wrong, and, whilst Kunis’ acting may have been fine in another film (which it generally is), the bad taste that the sci-fi left made her look even worse.

Dakota Johnson is a possibility on the back of the same popular support to destroy Fifty Shades Of Grey, but seeing as we’ve seen that Johnson is still very new to the Hollywood game, I don’t think it’s likely she’ll be handed a Razzie this time around. 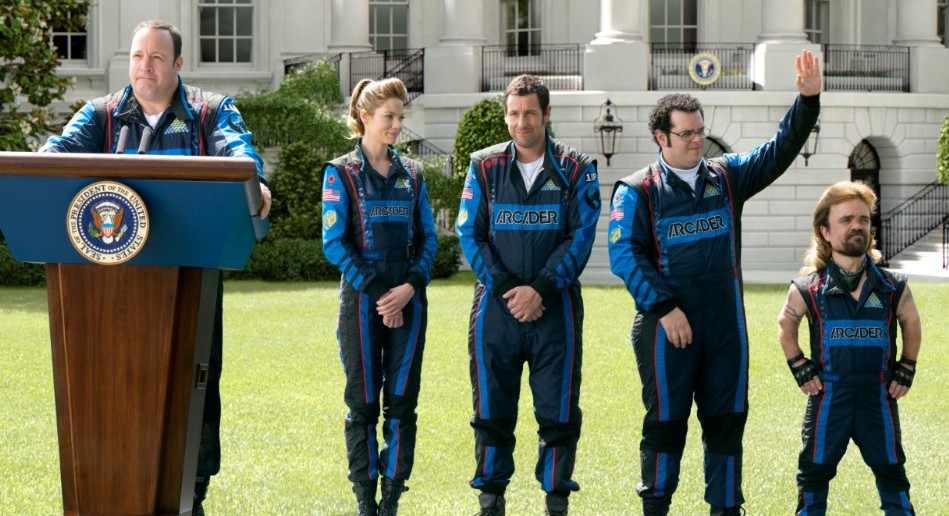 This should be the most clear-cut victory of all. The nominees for Worst Supporting Actor are all terrible, but there’s something so ridiculous about Kevin James’ portrayal of the US PRESIDENT in Adam Sandler’s action-comedy Pixels that it’d be tough not to give him the award.

We’ve seen the joke before – James plays Paul Blart again, just in the White House, and every time that the camera turns to him, there’s somebody poking fun at him being fat or stupid. At least with a role like this, he could have tried to be a little more calm and collected, but no, it’s the same performance again, with an awful screenplay, and it deserves the win.

If Kevin James doesn’t win, Josh Gad would be the next choice. Following his breakout role in Frozen, Gad has taken Hollywood by storm, but it might not have been for the best, seeing as his roles in Pixels and The Wedding Ringer have consisted solely of him screaming, which he apparently thinks is funny. It’s not likely, but a win wouldn’t be undeserved.

Worst Supporting Actress is by far the least interesting category at this year’s Razzies. Of course, it’s all a joke, and not meant to be taken seriously, but none of the actresses here were so truly terrible, just really…meh.

That said, somebody has to get the award, and that’s why I’m betting on Kaley Cuoco, for her roles in Alvin And The Chipmunks: The Road Chip, and The Wedding Ringer. Why? Basically, because she’s nominated for two films, and the other double nominee in the category, Amanda Seyfried, was not nearly as bad in either of her movies as Cuoco.

Michelle Monaghan could win as a part of the attempt to give Pixels the most awards and tell Adam Sandler to stop making movies, but I don’t see that happening, because she wasn’t awful either, just really, really dull.

I’d expect The Wachowski Siblings to get the award for Worst Director, to complete their epic fall from the time when they made The Matrix. It’s not just that, however, because Jupiter Ascending is a really, really ugly film, full of unnecessary CGI, incomprehensible action sequences and a menagerie of things on screen rapidly destroying your eyeballs.

It’s also possible that Tom Six, director of The Human Centipede 3: Final Sequence, could win, for having even bothered to churn another one of those disgusting movies, but I just don’t think enough people have seen it (I haven’t) to really care.

Josh Trank is a possibility for his ultra-dark take on Fantastic Four, but that infamous tweet has let everyone know that 20th Century Fox’s interference in the film was what made it really awful, so we can sympathise with him enough not to give him the award.

The Rest Of The Awards

Well, those are my 2016 Razzie predictions. Thanks for reading, and be sure to check back after Saturday to see how many I got wrong.